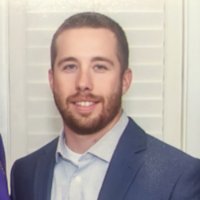 MISSOURI – The Missouri Corn Growers Association‘s annual meeting and legislation day is coming up Tuesday, January 26, 2016. Registration gets underway at 6a.m. at the Capital Plaza Hotel. Registration is free, the association just wants Missouri farmers to come out and support the issues at hand.

At this legislation day, there are two major issues on the agenda. In an interview with KMZU’s Shaylee Miller, Shane Kinnne the Director of Public Policy with the association explains the importance of the issues to Missouri farmers.

There are two major concerns on the agenda for this year’s 2016 Missouri Corn Growers Association Annual Meeting and Legislation Day. One involving an increase in taxation on Missouri farmers, and one involving ethanol budgeting.

There has been a 5% increase in the value of farm lands in Missouri. Specifically lands grade 1 through 4, which is typically row crop land. The association feels this is not an appropriate year for an additional increase in agriculture expenses, with lower commodity prices and an increase in operating expenses.

Kinne explains that the current tax increase is an issue that affects the majority of Missouri row crop farmers and the more farmers that speak with their legislators, the more likely it is that the disapproval resolution will be approved.

The other major issue on this years agenda is the ethanol incentive fund that has been in Missouri’s state budget for the past few years to kickoff the states ethanol plants. Due to the 2015 expiration of the program, Missouri Corn Growers are lobbying to keep this incentive fund in the budget in case it’s needed again.

Former PAL Leader Due In Court