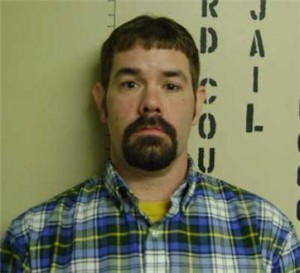 A 2011 murder investigation by the Howard county Sheriff’s Office and the Missouri State Highway Patrol has resulted in the arrest of a Macon man.

According to reports, 34-year-old Zack Jefferson is charged with alleged murder in the first degree and armed criminal action in the death of Jon Spurling. The victim was found dead in a rural residence just west of Harrisburg in August of 2011. The cause of death was a single gunshot wound.

Reportedly, Jefferson may have been questioned earlier in the investigation. Jefferson was married to a woman who was previously married to Spurling. That led family and authorities to suspect jealousy as a possible motive.

Jefferson is being held without bond in the Howard County Jail.