The Kansas City and Northwest Missouri regions have been awarded more than $300,000 in grants by the State’s Department of Public Safety. Click to hear KMZU’s Jillian Molloy talk with Communications Director Mike O’Connell.

Press Release from the Missouri Department of Public Safety:

JEFFERSON CITY – The Missouri Department of Public Safety announced today that more than $300,000 in grant funding has been awarded to assist local authorities in the Kansas City and northwest Missouri areas in their efforts to fight online criminals who often seek to entice children and deal in child pornography. Last year, a U.S. Justice Department report ranked Missouri’s cyber crime fighting efforts among the national leaders in the number of arrests made and the number of law enforcement officers trained.

The initiatives receiving a portion of the $323,769 in grants are:

· The Northeastern Jackson County Cyber Crimes Working Group Against Internet Crimes in Independence will receive $121,092. Cities participating in the unit are: Independence, Buckner and Sugar Creek.

“Nothing is more important than protecting Missouri’s children from predators who prey online and these grants will help ensure that those efforts remain strong and well-funded,” said Department of Public Safety Director John M. Britt. “I am particularly impressed by the number of arrests Missouri’s cyber crimes investigators have been able to make, their professionalism and their recognition by the U.S. Justice Department as being among the nation’s leaders.”

The PROTECT Our Children Act of 2008 mandated that the Department of Justice report to Congress every two years on the effectiveness of the fight against child exploitation. Last year, the Justice Department’s first report to Congress ranked Missouri’s effort among the leaders of the 59 task force units surveyed nationally, including:

The Justice Department report included results from federal fiscal year 2008 and the first six months of 2009. Missouri, unlike many states, uses a regional approach that emphasizes working cooperatively across jurisdictional lines and information sharing among law enforcement agencies. The Missouri Internet Crimes Against Children Task Force manages Missouri’s child exploitation cyber crimes program and has 101 affiliate agencies in Missouri, including the cyber-crime task forces in the Kansas City and northwest Missouri areas.

Missouri’s task forces use several methods to fight online crime. These include undercover operations, during which officers pose as minors in online chat rooms, reactive enforcement, which utilizes and investigates tips from public or local law enforcement, and forensic investigation, which analyzes the computers of suspects for evidence of crime. Public education about the dangers of online crime is also an important role of a cyber crimes task force.

The August 2010 U.S. Justice Department report to Congress, The National Strategy for Child Exploitation Prevention and Interdiction, is available at http://www.projectsafechildhood.gov/docs/natstrategyreport.pdf 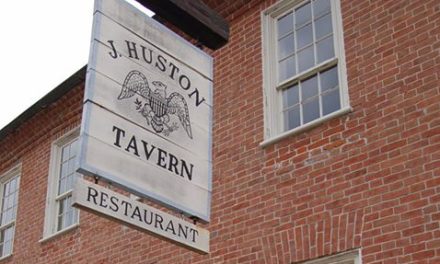