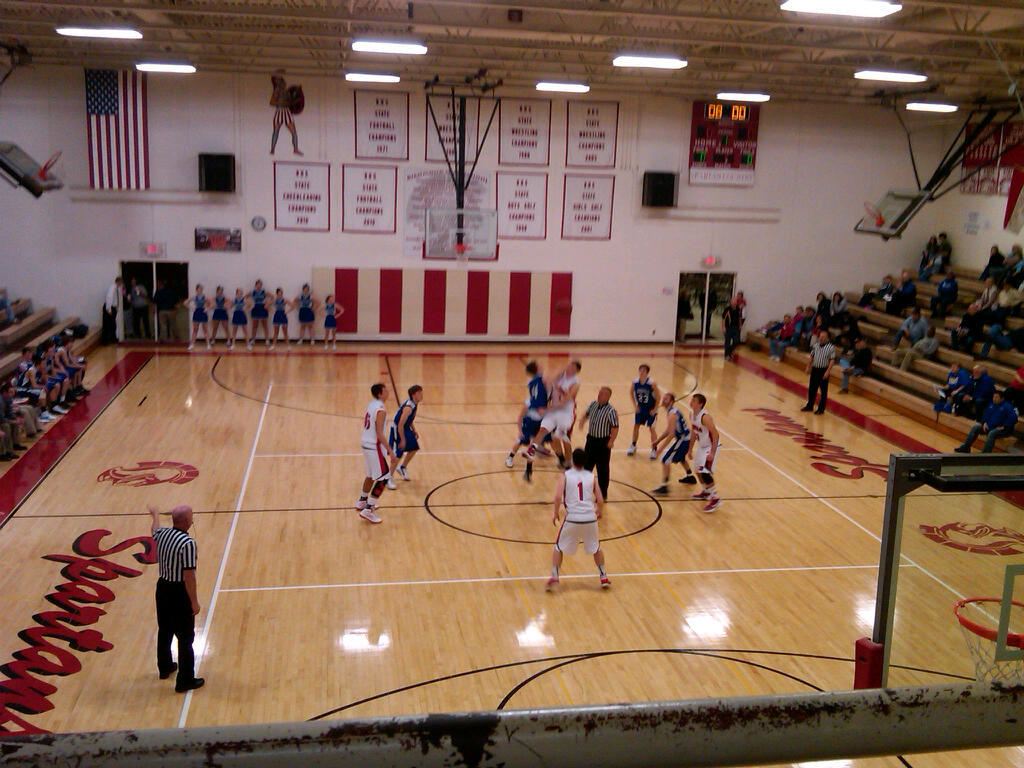 Brookfield vs. Lawson on Tuesday

The Lafayette County C-1 Huskers faced off with the Lexington Minutemen to open tournament play for the men’s bracket of Class 3 District 15 action at Richmond High School Tuesday night.

Lexington traded scores with Lafayette County with inspired play in the first quarter. However, as the second quarter wore on Lafayette County put on the full court pressure led by Tyrelle Thirkield and the Huskers started to separate heading into halftime up 37-25.

Lexington had no answer for the Huskers continuous onslaught in the second half falling 91-42 and ending their season at 1-21.

Lexington’s leading scorer was Jevon Williams who was all over the court, scoring 20 points from multiple positions. 6 points each came from Trey Ashley, Xavier Harrison and Nick Thompson.

Tyrelle Thirkield was on fire from the start hitting 8 3-point shots throughout the game scoring 34 total. Older brother Deshaun Thirkield was next with 20 followed by Landon Figg who put up 12, 6 of which from three point range.

In the second match-up of the night, the Carrollton Trojans took on the Saints of St. Paul Lutheran in a match-up that saw Carrollton trade scores with St. Paul until late in the second quarter where Carrolton began to build a 23-16 halftime lead. Carrollton was able to hold off an aggressive Saints defense and kept the lead all the way through to win 54-46.

St. Paul’s score leader was Seth Dalke; the senior was a presence underneath and put up 13, followed by Isaiah Roepe who nailed four 3-pointers to end the night with 12. St. Paul ends their season with a 17-8 record.

Carrollton’s leading scorer was Luke Polen, who struggled early to hit three’s, but was able to put up some solid outside jumpers for six in the first half. In the second, Polen got his groove back and nailed 4 three’s and ended the night with 20, followed by Darrian Owens with ten and contributions from Terrance Winn, Chris Bigby, Mark Hundley and Brandon Eschenbaugh. Carrollton goes to 19-6 and will face the Huskers in the late semi-final game this Thursday evening scheduled for a 7 o’clock start.

Next up was The Lawson Cardinals taking on the Brookfield Bulldogs, who found themselves playing a much larger and experienced squad. Lawson has four starters who are seniors and have played together the past two years at least while Brookfield has a very young squad with only four seniors out of 15 players.

Needless to say the Cardinals were able to separate early and defeated Brookfield 64-25.

Lawson was led in scoring by Garrison Green with 20, followed by Blake Edwards who put up 15, all in the first half.

The Bulldogs end a rough season at 2-23, while the Cardinals move onto semi-final play Thursday afternoon with a 21-4 record.

The Richmond Spartans faced the Penny Hamilton Hornets in Tuesday’s finale. The Trojans were challenged in the first 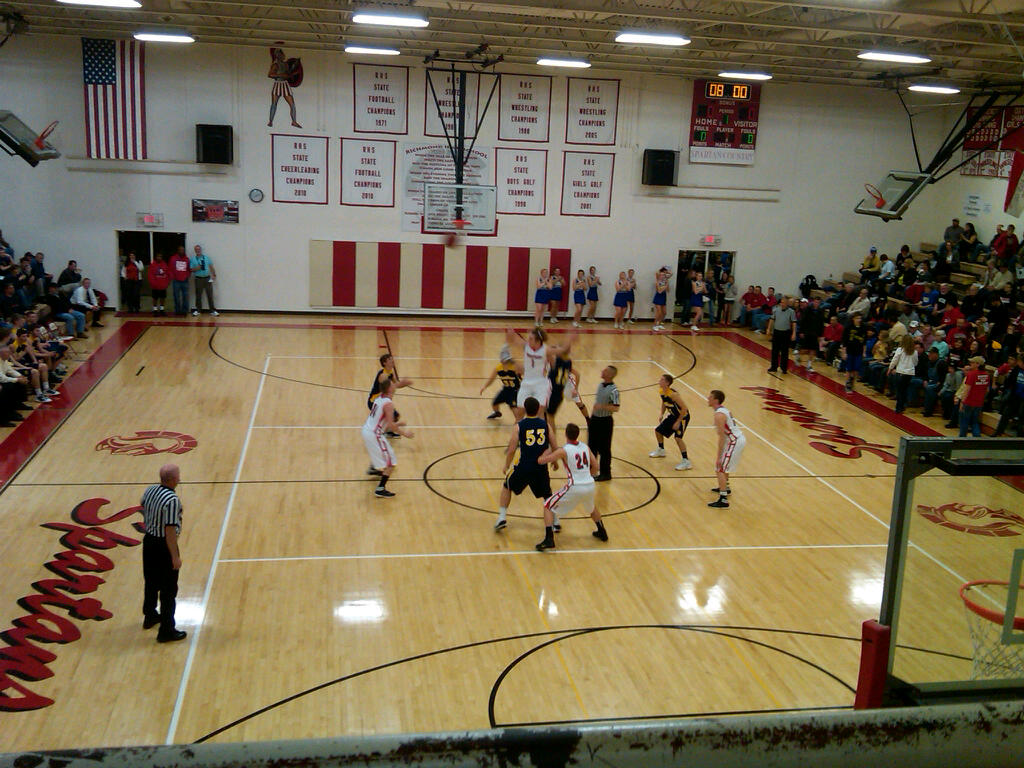 by a fairly young Hornet squad, but some of that youth began to show with Penny making some costly mistakes while Richmond took advantage going up 37-20 at the half.

However, Penny Hamilton came out in the second half and gave Richmond a reason to chew some finger nails as they shrunk that 17 point lead down to three late in the third quarter. Richmond kept their composure though and played well underneath and were aggressive on defense to go on to a 56-47 win over the Hornets.

Leading scoring for Penney was Senior T.J. Shieber with 22 points, followed by Drew Finch with 12. The hornets end their season with a 16-10 record.

Richmond was led by Dee Pritchard; the freshman was consistent in the first half scoring 10 and adding four more in the second to end the night with 14. Kyle Carroll and Cody Gorham each contributed 9 points.

Richmond goes on to a 19-7 record and will face the Lawson Cardinals in the first semi-final match-up Thursday afternoon at 5 o’clock.

The girls semi-final contest will be Wednesday starting at 5:30 with a match-up between the Penney Lady Hornets and Brookfield Lady Bulldogs. The St. Paul Lutheran Lady Saints will take on the Lady Cardinals of Lawson in the second game slated for a 7 p.m. start. 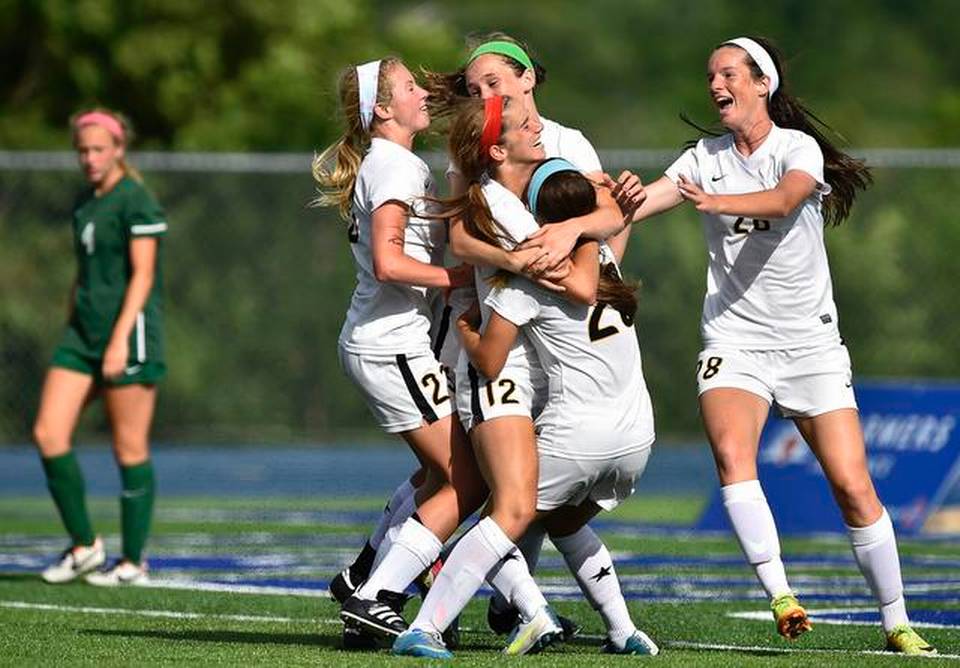