WARRENTON, Mo. (AP) — A suburban St. Louis man has admitted in court that he was hill jumping in his pickup truck with friends when he caused a deadly 2013 crash. Cameron Kopecky pleaded guilty Tuesday in Warren County to felony involuntary manslaughter and a misdemeanor charge of operating a vehicle in a careless, imprudent manner. Authorities say Kopecky was speeding and cresting a hill when his pickup truck crashed into two vehicles.

ST. LOUIS (AP) — A St. Louis woman has pleaded guilty to second-degree murder, elder abuse and domestic assault in connection to the 2012 death of her housemate. Authorities say Howard E. Spracher was found in cardiac arrest at the home he and Darlene Coulibaly shared in 2012. Authorities say Spracher was malnourished and had unhealed broken bones in his hands and feet as well as bruises and cuts. Coulibaly pleaded guilty Monday.

NEW YORK (AP) —Taco Bell is starting a delivery service in certain markets today. It’s a partnership with the startup delivery company DoorDash. Delivery will be available initially in more than 90 cities and more than 200 restaurants around Los Angeles, San Francisco and Dallas. Pricing and delivery costs may vary, depending on the location of the restaurant. Taco Bell says it plans to bring delivery nationwide, but it hasn’t given a time frame.

COLUMBIA, S.C. (AP) — Now that the South Carolina Senate has approved a bill to remove the Confederate flag from Capitol grounds, the state House is expected to begin debate today. If House lawmakers go along with the Senate bill, the flag could be removed by the end of the week. If House they make changes, action could be delayed for weeks.

ATHENS, Greece (AP) — Financially-troubled Greece is asking for a three-year loan from Europe’s bailout fund and it’s pledging to “immediately implement” tax and pension related measures as of Monday. In a letter sent to the European Stability Mechanism, the Greek government says it will “set out in detail its proposals for a comprehensive and specific reform agenda” tomorrow at the latest. 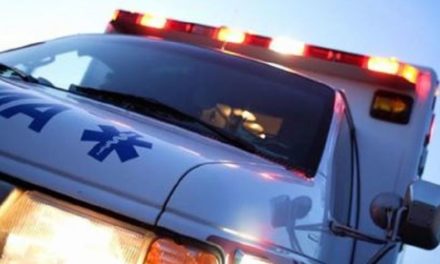