50 Missouri health agencies have yet to receive federal aid

KANSAS CITY, MO. (AP) — Health departments in at least 50 Missouri counties have not received any money from the federal government even though the state received hundreds of millions of dollars in early May. 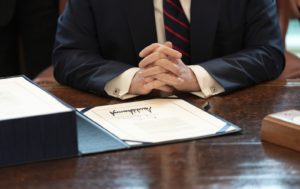 Local public health agencies across the state are trying to ramp up testing and contact tracing but say their hands are tied because the state has not delivered any federal aid. According to The Kansas City Star, the money was instead given to their local county commissions and in many places have held up the money.

Bert Malone, a member of the Missouri Public Health Association, said it was frustrating that money was allocated to county commissions, which in several cases have been in conflict with their health departments. It appears some commissions have made their decisions based on politics than on public health, he said.

In the past two weeks, Missouri had the second-highest rate of new coronavirus cases in the country, second only to Connecticut, according to the COVID Exit Strategy.

Delays have continued for months since the CARES Act, a $2.2 trillion stimulus package approved by President Donald Trump in late March, funneled about $2.4 billion to Missouri, with $527 million going to local governments, according to the Missouri State Treasurer’s Office.

Malone said it was “ridiculous” that six months into the pandemic, some agencies have only recently began hiring contact tracers. Gov. Mike Parson emphasized the importance of contact tracing and said the work depends on local public health agencies.

Randall Williams, director of the Missouri Department of Health and Senior Services, defended the decision to allocate funds through county governments.

“The county commissioners are the holistic governor of their county, and there are other needs other than public health — we certainly recognize that — around COVID-19 funding,” Williams said.

Bogard child injured following accident on I-70 in Jackson Co.