Holloway was appointed a public defender and both defendants cases were continued for Tuesday, April 3, 2018, at 8:30 a.m., for pre-emptory docket hearings.

No attorney is listed for Barreto in court records.

RAY COUNTY, Mo. — A Camden couple accused of dozens of counts of child abuse in Ray County will appear Tuesday morning in court to be arraigned.

Court records show that 29-year-old Mario A. Barreto faces 29 total felony counts for endangering the welfare of a child after he allegedly beat the child repeatedly.

A probable cause statement alleges that Barreto tortured his young victim, who lived under his care, relentlessly. The nine-year-old girl told 25-year-old Melissa A. Holloway about the abuse, however she allegedly did nothing to stop it.

Holloway faces 22 felony counts of abuse or neglect of a child and a single felony for hindering the prosecution of a felony.

They will both appear in a Ray County courtroom at 8:30 a.m. Tuesday. 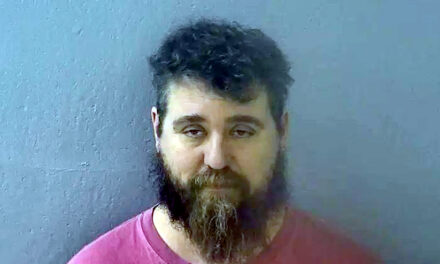