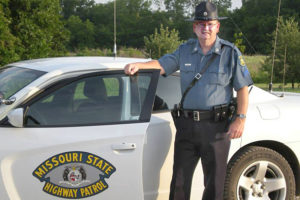 KINGSTON (KMZU) — In one of the most hotly contested races in the KMZU area, Mitch Allen edged out incumbent Jerry Galloway by 14 votes for Caldwell County Sheriff, 1,164 to 1,150.

Allen thanked supporters via his Facebook page on Wednesday.

“The unofficial results are in and I am moving forward to the General Election as the Republican candidate for Sheriff. Every voice is important, and I want to thank you for allowing me to put signs in your yards. We are one step closer but this journey is not over yet,” he posted.

Caldwell County Clerk Christine Owen told KMZU Wednesday morning she has not been notified for a request of a recount. Allen, however, will face two other challengers in the November election who have filed as independents. Those candidates are Donald Fuller Jr. of Hamilton and Tony Kirkendoll of Breckenridge.