JEFFERSON CITY, Mo. (AP) — A group that advocates for victims of clergy sexual abuse has lost an effort in Missouri to shield some documents from lawyers for an accused priest. The Missouri Supreme Court yesterday upheld a Jackson County judge’s order for the Survivors Network of those Abused by Priests to release some records.

JEFFERSON CITY, Mo. (AP) – A Missouri judge has scheduled two hearings this month on a challenge to the ballot language of a health care measure that goes before voters in November. The lawsuit by Republican Lieutenant Governor Peter Kinder and several top GOP lawmakers contends the ballot summary is unfair and misleading. Secretary of State Robin Carnahan, a Democrat, wrote the summary.

ST. LOUIS (AP) – Many homeowners are seeing cracked walls in their basements because of the drought. Basement repair companies are overwhelmed with calls about cracking and shifting foundations. Firms say the average repair cost is running in the $3,000 to $5,000 range.

JEFFERSON CITY, Mo. (AP) – A northwestern Missouri dairy has resumed operations less than a week after some of its products were recalled by the state Department of Agriculture. Missouri’s Milk Board yesterday reinstated the plant permit for Shatto Dairy of Osborn. Operations were temporarily suspended last week after tests showed some of Shatto’s milk products may have been unpasteurized or improperly pasteurized.

JEFFERSON CITY, Mo. (AP) — Missouri House members will likely choose a new leader next month after Speaker Steven Tilley’s resignation from the chamber. The Republican announced this week that he’s giving up his House seat with four months left in his final term.

COLUMBIA, Mo. (AP) — Two University of Missouri heart researchers are facing plagiarism allegations after a medical journal retracted an article they co-wrote. The American Journal of the Medical Sciences pulled the February 2012 article, saying the authors “plagiarized significant aspects” of a 2006 piece in a different publication.

ST. LOUIS (AP) — The head of the Missouri State Highway Patrol says drivers need to be vigilant because there may be more farm machinery on the roads because of the drought. The hot and dry weather means farmers are traveling longer distances to get hay, silage and grain.

ST. CHARLES, Mo. (AP) – Voters in St. Charles County could face two ballot measures in November that would restrict smoking. One measure would exempt the Ameristar Casino and many bars and restaurants from the smoking ban, while another would also exempt gambling establishments. Both measures face hurdles before they can be put on the November ballot.

ST. LOUIS (AP) — Several St. Louis-area police departments and hospitals are set to announce a gun lock giveaway program today that they hope will help protect children from guns. The groups plan to give away gun locks tomorrow afternoon. 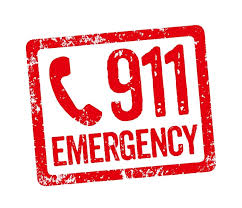