SPRINGFIELD, Mo. (AP) — An Alaska man who eluded authorities for nearly a decade has been sentenced to 13 years in prison for sexually abusing a young girl in the 1990s. Franklin Patrom, 50, was sentenced Tuesday after pleading guilty to sodomy charges. Prosecutors say the abuse started in 1992 when the victim was 9 and continued until 1996.

KIRKSVILLE, Mo. (AP) — Kirksville officials are expected to vote Monday on a proposal to create a human rights commission to enact anti-discrimination protections. The proposed ordinance would make it illegal to discriminate against someone for their sexual orientation and offer protections not present in state or federal laws. The vote will cap months of effort by the group Missourians for Equality.

ELLISVILLE, Mo. (AP) — The Ellisville City Council has approved tax breaks for a Walmart development following a year of debate. The council approved issuing $11 million in tax breaks for the project. Many residents opposed the Walmart, saying it would drive down property values and increase crime and traffic.

COLUMBIA, Mo. (AP) — A Washington-based investigative reporter and a New York Times columnists head the 2013 winners of Missouri Honor Medals for Distinguished Service in Journalism. The University of Missouri’s journalism school announced the eight honorees this week and will present the medals in October. Reporter Charles Lewis and Times columnist Nicholas Kristof are among the inductees.

JEFFERSON CITY, Mo. (AP) — A judge has spared members of Democratic Governor Jay Nixon’s administration from testifying before a Missouri House panel investigating state driver’s license procedures. Cole County Circuit Judge Dan Green issued a preliminary order today blocking the committee from proceeding with the subpoenas. The order did not elaborate on why. Republican House Speaker Tim Jones issued the subpoenas. He suggests Nixon is trying to hide something.

ST. LOUIS (AP) — St. Louis lags behind many other metropolitan areas in attracting immigrants. A new effort is underway to change that. The St. Louis Mosaic Project was formally launched Thursday. The ambitious goal is to make the St. Louis region the fastest-growing metropolitan area in the U.S. for immigration growth by 2020.

ST. LOUIS (AP) — An eastern Missouri businessman has pleaded guilty in federal court to setting fire to his livestock auction barn and horse trailers. It has been reported that Gregory Michael Cromer, 65, of Cedar Hill, Missouri admitted in his plea Thursday that he was in debt for more than $1 million in January 2009 when he set fire to Cromer’s St. Clair Livestock Center in Franklin County.

ST. LOUIS (AP) — A bicyclist is hospitalized in critical condition after being struck by a car in north St. Louis. The accident happened around 7:30 a.m. Thursday near the intersection of Natural Bridge and Belt. The driver stayed at the scene and cooperated with police. She was also taken to a hospital for evaluation. 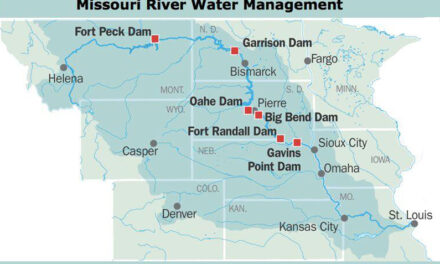