JEFFERSON CITY, Mo. (AP) – A Columbia man serving a 40-year sentence for the 2001 killing of a newspaper editor is returning to court with new evidence he hopes will prove his innocence. Ryan Ferguson was convicted in 2005 of second-degree murder in the strangling of Columbia Daily Tribune sports editor Kent Heitholt. At a preliminary hearing yesterday, Ferguson’s attorney said her client won’t testify at a five-day evidentiary hearing that starts on Monday.

COLUMBIA, Mo. (AP) – Conservation officials are trying to determine what killed an estimated 14,000 fish in a central Missouri creek.  The Missouri Department of Conservation says the die-off occurred in Flat Branch creek near its confluence with Hinkson Creek in Columbia. The agency says the cause won’t be pinpointed until the Department of Natural Resources tests the stream.  Speculation had focused on runoff from an April 1st fire that destroyed an auto parts store in a Columbia strip mall.

CEDAR HILLS, Mo. (AP) — A Missouri woman can’t feel too bad about her near miss in the record Mega Millions drawing from last month. After all, she still won $250,000 on a ticket she bought on a whim. The Missouri Lottery yesterday identified the $250,000 winner as 43-year-old Roberta Riester of Cedar Hill, near St. Louis. She bought the winning ticket at a U-Gas station in Cedar Hill for the March 30th drawing.

OSAGE BEACH, Mo. (AP) – A fire damaged a well-known lodge at the Lake of the Ozarks last night. No one was injured during the fire at the Lodge of the Four Seasons. The blaze is under investigation.

JEFFERSON CITY, Mo. (AP) — Legislation that lets Missourians add their cellphone numbers to the state’s No Call List is moving forward in the Legislature. The House gave first-round approval to the measure. It needs another House vote before moving to the Senate, which has already endorsed a similar bill.

JEFFERSON CITY, Mo. (AP) – The Missouri attorney general’s office says it will appeal a decision striking down the ballot title of an initiative that would limit payday loans.  The attorney general’s office confirmed yesterday that it will appeal the ruling made last week by Cole County Circuit Judge Dan Green.  Green said the ballot summary prepared by the secretary of state’s office was “insufficient, unfair and likely to deceive voters.”

JEFFERSON CITY, Mo. (AP) – Missouri House members have rewritten the ballot language for a proposed constitutional amendment clearing the way for someday requiring voters to show photo identification.  Lawmakers approved the photo ID measure last year and wrote a summary that would go on a statewide ballot this year.  A judge recently struck down the summary because it referred to the proposed constitutional amendment as the “Voter Protection Act” – a phrase that doesn’t appear in the measure itself.  House members voted 102-55 yesterday for a resolution containing the new language.

ST. LOUIS (AP) — St. Louis is getting ready to welcome tens of thousands of gun enthusiasts for the National Rifle Association’s annual meeting. The event kicks off tomorrow and runs through Sunday. Republican presidential front-runner Mitt Romney is one many high-profile speakers scheduled to speak at the event. 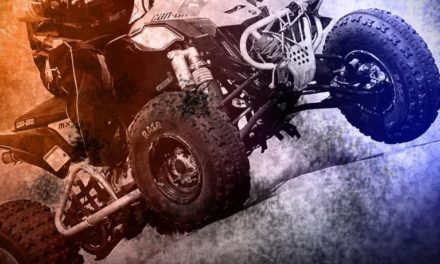