JEFFERSON CITY, Mo. (AP) — Missouri lawmakers are getting ready to decide whether to override any of the vetoes made this year by Governor Jay Nixon. This year’s veto session kicks off today.

COLUMBIA, Mo. (AP) — The University of Missouri-Columbia is getting nearly $254,000 to study pollution prevention in a creek that runs through part of the city. State officials hope the research will study ways to prevent pollution in Hinkson Creek.

ST. LOUIS (AP) — A pilot program kicking off this week at St. Louis’ Lambert Airport is trying to reduce waste from leftover food. Leftovers from four airport restaurants will be processed as compost that’s sold as soil additives for farms and gardens.

ST. LOUIS (AP) — St. Louis police are searching for a man who reportedly attacked a jogger in Forest Park. A 27-year-old woman told authorities she was attacked last night. The man allegedly grabbed the woman and cut her in the neck and face with an unknown object.

ST. LOUIS (AP) — A St. Louis County man is accused of killing his uncle in a dispute over pork steaks. Forty-three-year-old John Cunningham of Jennings is charged with first-degree murder in the death of 44-year-old Lessie Lowe. The shooting happened during an argument early Monday.

BOWLING GREEN, Mo. (AP) — The last of five men who escaped from the Pike County Jail last week is back in custody. Pike County Sheriff Stephen Korte says 40-year-old William Wilkerson of Florissant was captured overnight in St. Louis County. Wilkerson and four others escaped from the Bowling Green jail on Saturday. 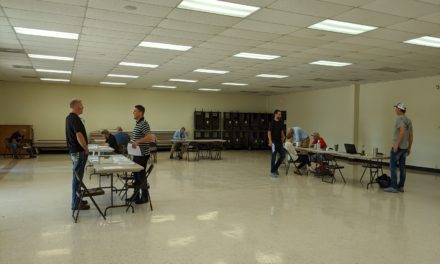 Chillicothe Council to Consider a Pair of Bids