SAO PAULO, Brazil — January was a month of strikes for the Argentine grains industry, raising the spectre of serious disruptions when the country’s soybean and corn crops start to reach the market in March. However, many in Argentina’s grain industry remain confident that the government and the farmers themselves won’t let disputes get in the way of business at harvest time. “Strikes are normal at this time of year in the run-up to wage negotiations, and the Rosario strike was typical of this type of action. It doesn’t mean that this dispute will run on,” said Alejandro Hellman, who runs the Integra grains consultancy in Buenos Aires. For a week, workers blockaded soybean-crushing plants and export terminal around Rosario, where approximately 80 percent of the country’s soymeal and oil is produced. The week before, grain farmers staged a seven-day moratorium on selling corn and wheat to protest export quotas. At the root of both disputes is spiralling inflation. While the Argentine government said inflation accelerated 10.9 percent in 2010, private forecasters see the real rate at closer to 25 percent and food price inflation nearing 40 percent. In Rosario, exporters dismissed as unreasonable the demands from protesting workers, which include cleaning and security staff, for a 5,000 peso ($1,209) minimum monthly wage. But the question is what is reasonable, given the inflation outlook. Last year, key workers groups secured 40 percent pay hikes. Last week, the government ordered the end of the strike and for the two sides to negotiate. “The government won’t want to let a dispute like this affect business. The grain business is too important,” said Carlos Mayer, who is a director of a 15,000-acre operation in 9 de Julio, Buenos Aires state. However, striking workers could resume their protest in 15 days, if no wage agreement is reached. Meanwhile, farmers refused to sell grains for a week to Jan. 23 in protest at government restrictions on grain exports. Producers complain that the restrictions on shipments, designed to ensure local supply and hold down prices for corn and wheat, mean they don’t get the full price for their produce. According to Mario Llambias, head of the Argentine Rural Confederation, while the trade strike was lifted, farmers will keep battling for a fair price. However, it is unlikely that they will shoot themselves in the foot by holding a trade strike when the silos are full in April or May, said Aedson Pereira, grains analyst at Informa Economics-FNP in Sao Paulo. Farmers have been at loggerheads with President Christina Fernandez for years. Indeed, the government shut down activity in the sector for months on protests over taxes.”They treat the farmer like the enemy here. We are mixed up in a political battle,” said Mayer. The problem is that these disputes inevitably hurt Argentina’s reputation as a reliable supplier of soy, corn and wheat. 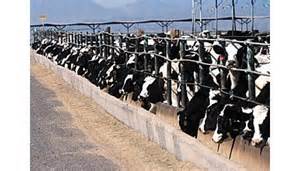