MARSHALL, Mo. — An investigation is underway in Saline County after an armed robbery was reportedly attempted near Nelson, Missouri. 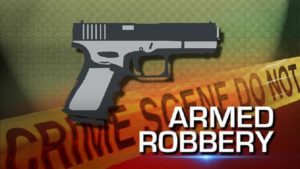 According to Saline County authorities, a male and female subject entered the Lion’s Den store off Interstate 70 and attempted a robbery with a firearm on Sunday.

No injuries were reported and the suspects left prior to the notification of law enforcement. Nothing was stolen, according to a press release. The incident was reported at 6:19 p.m.

The man is described as white, around 30-years-old while the female is listed as possibly 25 and wearing glasses. The two suspects face potential charges of armed criminal action. Anyone with information is asked to contact the Saline County Sheriff’s Office at 660-886-5512.