As many rivers start a slow retreat, dangers still lurk in the water and on riverbanks. Teams from the Army Corps of Engineers are surveying levees across the country to make sure they can withstand future floods. Colonel Tony Hoffman, Commander of the Kansas City District, cautions communities and levee districts along the Missouri River to prepare for possible evacuation. “The protection of life and critical infrastructure is and continues to be our primary focus. We are committed to meeting the needs of our stakeholders during this challenging period. Although some slight improvement can be seen over the next several days, conditions in the upper basin continue to be challenging. In the lower basin we can expect, at a minimum, to see flow conditions similar to the flooding we experienced in 2010. At times, these conditions will be worse,” said Hoffman.

The Army Corps of Engineers is planning to start releasing more than twice the cubic feet per second flow than it has in previous years from Gavin’s Point Dam into the lower Missouri River system this month. Chief of Emergency Management in Kansas City Doug Kaneva said inundation mapping should be complete by the end of the week. “Subsequent products will be developed to reflect the conditions that develop as the water rises. The first product will be interactive using Google Earth. The Kansas City District remains at a level two – partial activation. We expect that we will be at level one – full activation by the beginning of next week,” said Kaneva.

Press Release from the Army Corps of Engineers

Prolonged heavy rain, coupled with melting record snowpack, is causing flows and reservoir releases of historic proportions and flooding along the Missouri River and many of its tributaries throughout Montana, North Dakota, South Dakota, Nebraska, Iowa, Kansas and Missouri. Severe personal and financial losses to individuals, families and businesses are painful and regrettable. Unfortunately, conditions are worsening in the near term as there is no relief from precipitation in the basin. Without higher releases, the integrity of the system would be jeopardized and loss of regulated flows likely. More water is coming.

To deal with the onslaught of water, the Corps is stepping up reservoir releases and sending record amounts of water downstream. Reservoir releases on the Missouri have changed several times in just the past few weeks, due to changing daily forecasts and increasing precipitation in Wyoming, Montana, North Dakota and South Dakota. The Corps will soon be releasing 150,000 cubic feet per second from five of our six main stem dams, which will result in much higher levels on the river downstream, on an earlier time line than originally forecast.

The Army Corps of Engineers takes its flood risk management and water management responsibilities very seriously. The Corps is doing everything within its ability to manage the flows from its reservoirs to reduce risk from current and future high water events throughout the system.

The Corps has dispatched teams of experts, awarded multiple emergency construction contracts and issued several million sandbags and numerous pumps throughout the basin to support local flood fighting efforts. Our daily emphasis on dam safety ensures that the dams will maintain their integrity through this challenging weather event. Without the reservoirs, downstream flows and flood damages in coming weeks would be much higher.

We are continuously monitoring the situation on the Missouri River and its tributaries as well as weather forecasts to make timely adjustments to the planned releases in accordance with our statutory responsibilities. Forecasts continue to show significant rainfall and snow melt throughout the basin. Our operations will continue to take the best available information into account and make adjustments to system flows accordingly. We are committed to sharing information in a timely manner and to conducting our operations transparently.

This will be a long, sometimes frustrating and intense effort as the situation evolves and as we work together to avoid loss of life, minimize damages and help communities deal with the situation. The Corps is committed to doing its best in close collaboration with city, county, state and federal agencies as well as Congressional representatives and others as we address this daunting challenge. 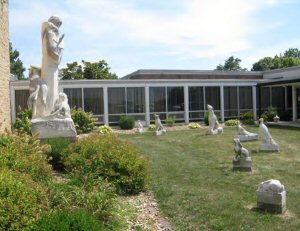