HARRISONVILLE, Mo. — Arraignment is set for the middle of October in a case accusing a Harrisonville, Missouri, man of delivering drugs. 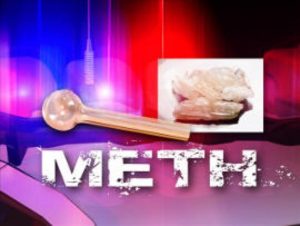 Court documents accuse 54-year-old Russell T. Smith of purchasing nearly 13 ounces of methamphetamine with the intention of selling for a profit. Officers made the arrest after they surveyed the purchase in January of 2017.

During an interview, Smith said he used a $5,000 Christmas bonus to purchase the controlled substance and said he was only a casual user of  the drug.

A gun was also found in his vehicle, which he intended to use for self defense. Two other occupants were in Smith’s vehicle, but are unidentified in court documents. Smith is charged with felonies of delivery of a controlled substance and unlawful use of a weapon.

Arraignment is scheduled for October 17 at 9 a.m.