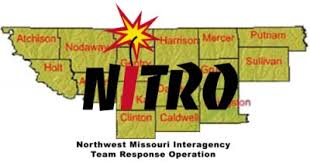 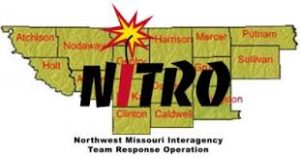 GALLATIN, Mo. (Press Release)- Today the Bureau of Alcohol, Tobacco, Firearms and Explosives (ATF) announced the distribution of $28,000 in funds to Daviess County Sheriff’s Office. The funds were derived from assets seized or forfeited as part of criminal investigations conducted by the ATF sponsored Northwest Missouri Interagency Team Response Operation (NITRO) in which Daviess County Sheriff’s Office is a participant.

The ATF NITRO Task Force was established in 2002 to provide federal law enforcement assistance to local law enforcement agencies combatting armed drug traffickers and violent armed offenders operating in northwest Missouri. Through participation in the NITRO Task Force, ATF is able to provide resources, equipment and training for local partners. Additionally, the Task Force has facilitated the return of several thousands of dollars seized as part of criminal prosecutions, to the Northwest Missouri communities that have been victimized by armed drug trafficking organizations. These seized funds are made available to participating agencies through an equitable sharing agreement which allows the funds to be used for law enforcement operations.

“My office is very grateful. The equitable sharing program allows for forfeited and seized property/money to be allocated accordingly. Having a team member affiliated with NITRO has been a great asset to Daviess County. At our disposal we have all the resources, technology and man power offered to us. NITRO is a crucial partner when investigating serious crimes in our country. The awarded money will be utilized to better serve the citizens of our county,” said Sheriff Ben Becerra in a released statement.

By working closely with the Sheriff’s and Chiefs of Northwest Missouri, the NITRO Task Force will continue to experience great success in investigating and bringing to justice the violent offenders and armed drug traffickers operating in Northwest Missouri. The prosecutions made possible by NITRO will allow for continued asset sharing amongst NITRO member agencies.

ATF is the federal law enforcement agency with primary jurisdiction over firearms related crimes. Anyone with information about gun crime or other violent criminal behavior involving firearms is encouraged to contact ATF at 1-888-ATF-TIPS. All calls are kept confidential. Anonymous tips may also be provided to ATF by using the REPORTIt app, available for both Apple and Android mobile devices. 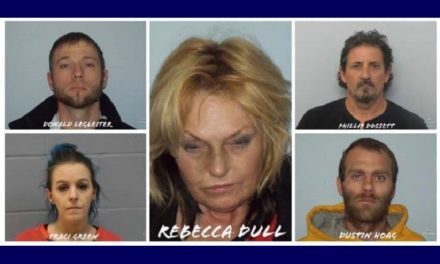 Accident: I-70 in Blue Springs