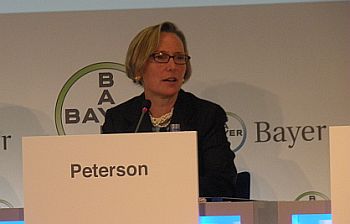 It was one year ago on October first that Princeton educated Sandra Peterson stepped into the lead position at Bayer CropScience as the companies new CEO.  Peterson, along with other corporate leadership set to work building the business’s Strategic Roadmap to Success.
During the Bayer CropScience annual press conference in Monheim, Germany Peterson explained the four pillar strategy for future growth.

She says Bayer is concentrating efforts to better meet the needs of a growing population.

Within its streamlining efforts Peterson says the agri-business company will accelerate the phase out of all remaining W.H.O. class one insecticides. 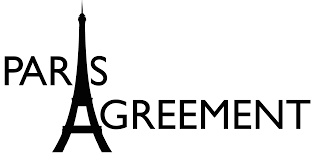