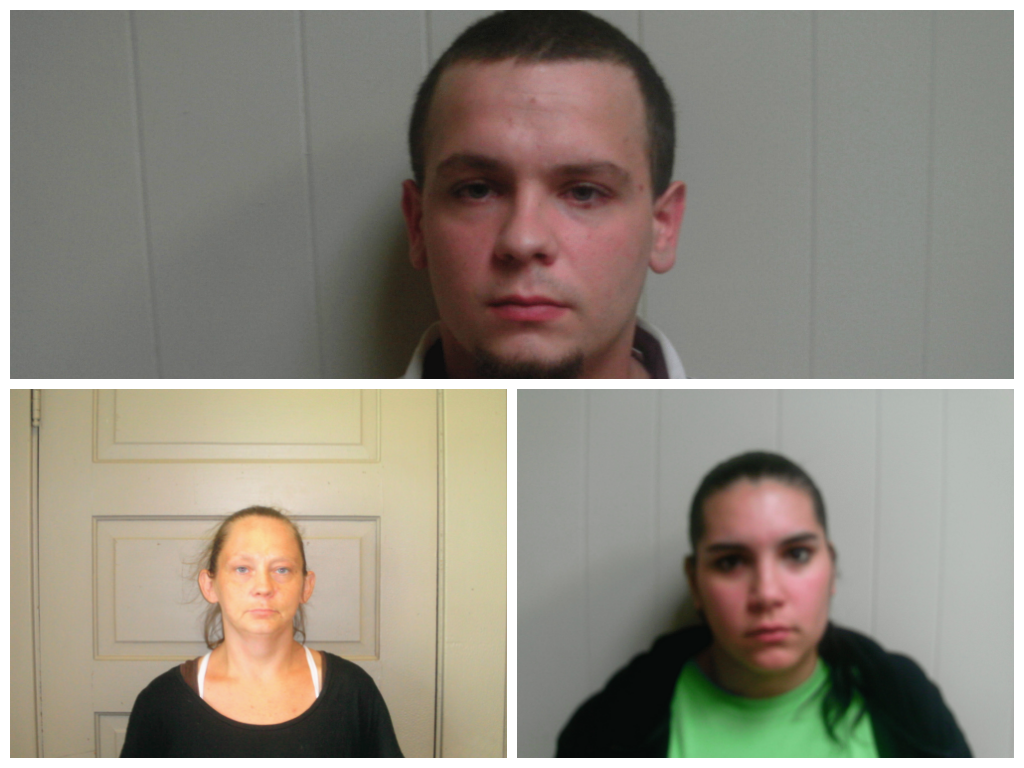 A statutory rape and endangering the welfare of a child investigation has resulted in the arrest of three Bevier residents.  According to a report from the Macon County Sheriff’s Department, Michael Coons, 23, is accused of a sexual relationship with the 15-year-old victim.  Teresa Smith, 21, and Jessica Shoemaker, 39, were booked on allegations of participation in the use of methamphetamine with the juvenile.

Bond for Coons is set at $9,000, cash-only.  He will appear before a judge on Thursday of next week.

Shoemaker is being held on a $39,000, cash-only bond.  Her case has been bound over to circuit court and she will next appear on Wednesday at 9:30 a.m.

Smith was booked on a $5,000 bond and later released. Her initial arraignment is scheduled for Thursday, October 2nd.

On 09-11-2014, the Macon County Sheriff’s Office concluded a statutory rape and endangering the welfare of a child investigation. The investigation resulted in the arrest of 23 year old Michael A.S. Coons of Bevier, Missouri. Statements obtained and evidence located during the investigation, allowed Macon County Sheriff’s Deputies to obtain a warrant for Coon’s arrest. The victim in the incident was a 15 year old juvenile. Coons was in an ongoing relationship with the juvenile which involved sexual intercourse and methamphetamine use. Coons is being held on a $9,000 cash only bond at the Macon County Jail.

Also arrested as a result of the investigation, was 21 year old Teresa N. Smith of Bevier, Missouri, for endangering the welfare of a child and 39 year old Jessica D. Shoemaker of Bevier, Missouri. A search warrant executed on Shoemaker’s residence resulted in the recovery of drug paraphernalia. Smith and Shoemaker were arrested for their active participation in the use of methamphetamine with the juvenile. Smith was held on a $5000 bond and was later released. Shoemaker is being held on a $39,000 cash only bond at the Randolph County Jail.

Parts of Concordia under boil order until further notice