A new bike route along the Highway 36 corridor has been mapped out, tested, and made public.  Click to hear KMZU’s Kristie Cross talk to designer Dave Fiedler:

According to their website, the goal of the Highway 36 Heritage Alliance is to ‘foster widespread recognition of the unique character and history of the region’.

Part of this promotion was a CD driving tour that allowed visitors to hear the history of each town as they traveled along the highway.

This gave St. Louis resident Dave Fiedler  the inspiration to design a map for biker riders so that they might enjoy the area in much the same way.  “Our goal was to create a bike route that would carry cyclists along portions of Highway 36 between Hannibal and St. Joseph for as short or as long as they wanted to ride,” said Fielder,” It would provide a mapped route along terrific places to ride that tie in all the attractions along the way.”

Fiedler said a trial ride of the route in September allowed him two tweak it a bit prior to the final design.  “The route, as I put it together based on MoDOT’s highway maps, wasn’t as ideal as it might have been,” said Fielder,” We experienced this as we rode.  There was more traffic in some areas that we hadn’t anticipated.  In addition to that, local people, bicyclists, and folks were knew the area provided information on alternate routes that were much more scenic, takes you through pretty areas, near an attraction, or along the river.”

According to Fiedler,  he set out to create something that would attract visitors to the area and highlight the great communities found in rural Missouri. “One of the things a person experiences when they are on a bike and going 15 miles per hour instead of 60 or 70 miles per hour is that you see places up close from a perspective that really allows you to take it in,” said Fiedler,” You see friendly faces.  You see a lot of great scenery and terrific little towns along the way and people who are enthusiastic and proud about the places where they live.”

The route is broken down into segments that allow for cyclists to have overnight accommodations available at the end of each ride.  In total in encompasses 324 miles between Hannibal and St. Joseph.  The map can be found at http://www.americangeniushighway.com/bike_routes.htm.

Kent Hubbard to Appear in Court 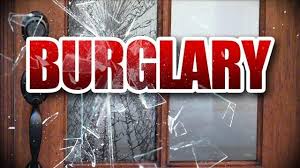