A new program by the Richmond Masonic Lodge will reward students for their reading efforts throughout the school year.  Click to hear KMZU’s Marie King speak to Lodge members:

Chairman Dowell Carter explains how the Bikes for Books campaign got its start.  “It initiated in the state of Washington several years ago,” said Carter, “The Boonville Masonic Lodge received permission to use the program and it has really taken off there.  They now do about 75 bikes per semester.  We introduced it here in Richmond and the members thought it was a great idea.”

According to member Rob Peterson, the goal is to encourage positive reading habits throughout the school year. “There will be two bikes given away per grade and that’s from kindergarten to fifth grade, “said Peterson,” The schools are actually running the program and they will have incentives for the students to read.  At the end, there will be drawings for a boy’s and girl’s bicycle for each grade both in Richmond and Hardin.”

For now, the bicycles are displayed in the schools’ libraries to remind students to continue striving toward their reading goals.

Sponsors are needed for bikes that will be distributed in future semesters.  Anyone interested is asked to contact a member of the Lodge.  Dowell Carter can be reached at 816-510-7990 and Ron Peterson at 816-985-4436. 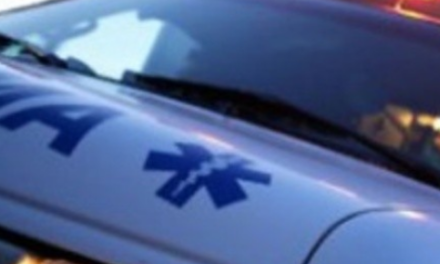 Passenger badly injured in I-70 crash