Omaha (DTN) – Pesticide Applicators would not be required to obtain National Pollutant Discharge Elimination System permits under a bill introduced in the Senate this week by a group of Republican senators.  The NPDES permits are part of a new EPA program set for implementation in October.

Senator Pat Roberts, R-Kan., the main sponsor of the legislation and the ranking member of the Senate Ag Committee, where the bill (S. 718) has been sent, said in a statement that the planned EPA program is unnecessary.

EPA developed the permitting program as a result of a January 2009 opinion from the Sixth Circuit Court of Appeals in the National Cotton Council v. EPA.  The court ruled that pesticide applications that could affect water sources had to be permitted as part of the Clean Water Act.

According to EPA’s own estimates, the proposed program could affect about 365,000 applicators nationwide and some 5.6 million pesticide applications annually.

The EPA now has until Oct. 31 to implement the permit program after the Sixth Circuit Court of Appeals last week granted the agency’s request for more time.  Initially, the agency was to meet an April 9 deadline. 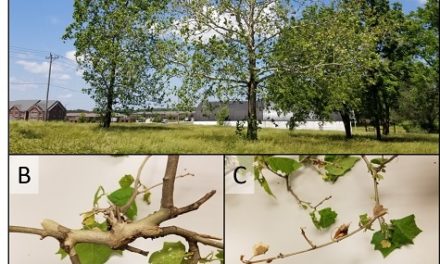 Wet weather leads to increase in infections in Sycamore trees

May Deadline for BCAP Proposals