Senators Chuck Grassley and Tim Johnson have introduced the Rural America Preservation Act of 2012. This legislation would place a hard cap on the farm payments an individual farmer could receive in a year and would close long-abused and well-documented loopholes in the farm payment program. The new Grassley-Johnson payment limits bill sets a hard cap for farm payments of 250-thousand dollars per married couple, and closes loopholes that allow non-farmers to qualify for federal farm payments.
Specifically, the new Grassley-Johnson payment limits bill has a hard cap on marketing loan gains of 75-thousand dollars or 150-thousand for a couple. The remainder of the payment limit would be a cap on the total amount a farmer can receive in safety-net payments in general.  For instance, if Congress were to adopt a shallow loss program, the Grassley-Johnson bill would set a limit of 50-thousand dollars per individual or 100-thousand for a couple.
In addition, the bill closes loopholes by setting a measurable standard for someone to qualify as ‘actively engaged in farming’ by providing management for the operation, and the bill provides an exception for farming operations where there is only one manager of the farm.
Meanwhile the National Farmers Union is in support of the Rural America Preservation Act of 2012, as presented by Senators Chuck Grassley and Tim Johnson. The bill would tighten eligibility requirements and limits the total value of payments farmers can receive annually.
NFU President roger Johnson says – the Grassley-Johnson bill strengthens the definition of ‘actively engaged in farming’ by requiring substantial active management and/or personal labor on the farm operation. The bill would also direct farm program benefits – so they meet the reasonable needs of family farmers – while reducing government costs. 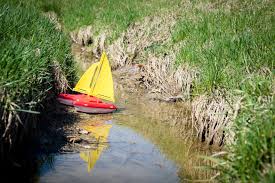