USDA says the basic rule of thumb is when demand for soybean oil increases, the price of the other soybean components, such as soybean meal, decreases. The National Biodiesel Board has just released a report that shows soybean oil and meal economics favor the livestock industry. The report adds, without America’s advanced biofuel in the marketplace higher soybean meal prices could have cost the livestock industry 4.8-billion dollars for market years 2005 through 2009.
Illinois farmer and former economics and statistics professor Pat Dumoulin and her family raise corn and soybeans as well as run a 21-hundred sow operation. Dumoulin says – no matter whether you are feeding pigs or people, biodiesel is helping meet the world’s growing demand for protein. With these economics, we would all win if the trucks that brought our soybean meal ran on America’s advanced biofuel, biodiesel. Since 2007, the National Pork Producers Council has had a resolution stating that NPPC should promote the increased use of biodiesel as a renewable fuel source. 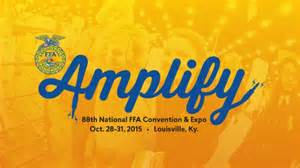