U.S. Senator Roy Blunt jointed more than 50 other lawmakers this week in sending a letter to President Obama.  Speaking to reporters on Thursday, Blunt said they have once again asked the President to approve the Keystone XL Pipeline project.  “One of the stated obstacles is now out of the way.  The Governor of Nebraska has approved a route through Nebraska, which has been at the top of the President’s list as a reason not to have the Keystone Pipeline.  We can talk about more American energy if you all want to.  I could talk about it all day.  I think it is the critical element to restoring a job-creating economy in America and I hope we can get that done.”

U.S. Senator Claire McCaskill has also urged the President to approve the pipeline project.  “It’s good news that Nebraska leaders found a commonsense compromise to meet environmental concerns of their citizens—it’s good news for our energy security, and for job-creation,” McCaskill said in a news release issued on Tuesday.  “This should be the last obstacle in what has been a long and rigorous review process, and I hope the President will move quickly to give the Keystone XL pipeline final approval.”

53 senators signed the letter to President Obama.  The pipeline already runs through Missouri, but senators are hoping to expand the route from Alberta to Kansas and Oklahoma to Texas.  There is little to no indication how the president will respond, because during his public inauguration on Monday he promised a crowd of an estimated one million people that he would take action to combat climate change.

“Nebraska recently approved a new Keystone XL Pipeline route. Four and a half years after TransCanada first applied for a Presidential Permit, and a year since you denied their original request, the project still awaits your approval. Nebraska has now addressed the outstanding concerns you raised when you denied the permit, and we therefore urge you to finish expeditiously the review process and approve the pipeline.

“Specifically, the new pipeline route in Nebraska avoids the Sand Hills, which you cited as a concern in your denial. The Nebraska Department of Environmental Quality determined the pipeline would have minimal environmental impact and would generate significant economic benefits in the state of Nebraska. This is on top of the thousands of good-paying union jobs and millions of dollars in economic development for our country as a whole, none of which cost any taxpayer money. The pipeline is also a major step toward American energy security. Canada plans to develop this oil resource and the only question is whether we receive the oil from our friend and ally or whether Canada is forced to look for new partners in Asia because we turned them away.

“On March 22, 2012, you directed federal agencies to accelerate approval of vital energy infrastructure projects like the Keystone XL Pipeline. We strongly urge you to direct the State Department to accelerate the Supplemental Environmental Impact Statement (SEIS) and quickly complete the National Interest Determination.

“This should be able to be done quickly since your administration has previously made a National Interest Determination on the same key factors relevant to Keystone XL. In 2009, with respect to the Alberta Clipper Pipeline, the State Department ‘found that the addition of crude oil pipeline capacity between Canada and the United States will advance a number of strategic interests of the United States. These included increasing the diversity of available supplies among the United States’ worldwide crude oil sources in a time of considerable political tension in other major oil producing countries and regions; shortening the transportation pathway for crude oil supplies; and increasing crude oil supplies from a major non-Organization of Petroleum Exporting Countries producer. Canada is a stable and reliable ally and trading partner of the United States, with which we have free trade agreements which augment the security of this energy supply.’

“The factors supporting the National Interest Determination in 2009 are just as relevant today. Some constituencies have called on you to deny the pipeline and the jobs and energy security associated with it. Because the pipeline has gone through the most exhaustive environmental scrutiny of any pipeline in the history of this country, and you already determined that oil from Canada is in the national interest, there is no reason to deny or further delay this long-studied project.

“We ask you not to move the goalposts as opponents of this project have pressed you to do. We urge you to choose jobs, economic development and American energy security. It is vital for the country that you promptly finalize the SEIS and the National Interest Determination and approve the pipeline.

“The State Department has said that it would issue the final SEIS before the end of the first quarter of 2013. After four and a half years of study, we urge you to stick to your deadlines. The American people need a timely decision on the Presidential Permit.

“Thank you for your consideration.”

Information from the Office of U.S. Senator Claire McCaskill

WASHINGTON – U.S. Senator Claire McCaskill today released the following statement in response to Nebraska Governor Dave Heineman’s announcement that an alternate route had been approved for the construction of the Keystone XL Pipeline, after earlier routes through Nebraska had been criticized due to environmental concerns:

“It’s good news that Nebraska leaders found a commonsense compromise to meet environmental concerns of their citizens—it’s good news for our energy security, and for job-creation. This should be the last obstacle in what has been a long and rigorous review process, and I hope the President will move quickly to give the Keystone XL pipeline final approval.”

Last year, McCaskill sent a letter to Secretary of State Hillary Clinton urging her to speed up the lengthy review process for the northern portion of the pipeline, citing the significant potential for jobs and increased energy security the pipeline’s construction would mean for the United States. McCaskill has long been a supporter of the swift approval and construction of the Keystone XL pipeline, previously voting to force approval of the project.

U.S. Senator Clarie McCaskill is trying again to end earmarks after the measure failed during her first term in Congress.  The Democrat reintroduced the bill Thursday.  It’s designed to keep lawmakers from designating funds for special projects in their home state without legislative review.  U.S. Senator Roy Blunt, a member of the Appropriations Committee, said in a conference call with reporters this week that he is not backing a permanent ban, but he expects a temporary measure to remain in place.  “I think there are ways to look at putting more safeguards into how we spend money, but I don’t see that we have really gained much from letting the White House take over the directing of the spending money.  I wouldn’t expect to be supportive of the earmark ban.”

“I don’t know that it’s likely to change until we have a structure that convinces people that 1) we’re spending less money and 2) we have more safeguards. And I’m for both of those things,” he added.

In the last Congress, both the Senate and House imposed a temporary moratorium on earmarks.

Information from the Office of U.S. Senator Claire McCaskill

WASHINGTON – A new Congress hasn’t diminished Claire McCaskill’s goal of banning Congressional earmarks—as she today reintroduced the bipartisan Earmark Elimination Act in order to end a process that, for years, permitted members of Congress to direct taxpayer funds to their home regions for pet projects. Thanks to her efforts, the previous Congress instituted a voluntary moratorium on earmarks.

“In my fight against pork-barrel spending on pet projects by Congress, we’ve made a lot of progress,” McCaskill said. “We’re changing the culture of Congress to one where members are judged based on how much taxpayer money they save, not how much they spend. Now, while we’re focused on cutting wasteful spending, is the time to make our temporary ban on earmarks a permanent ban on earmarks and guard against the return of this practice.”

The Earmark Elimination Act would:

Sen. Blunt said he backs Massachusetts Senator John Kerry for Secretary of State.  “I would expect to vote for Sen. Kerry… I think it will be a large vote in his favor.  He comes to that job well prepared and, I suspect, [he] will be confirmed and be confirmed easily and with my help.”

Sen. Blunt, a member of the Armed Services Committee, said he opposes former Nebraska Sen. Chuck Hagel for Defense Secretary.  No specific reason was given as to why he does not support the Hagel nomination.  “I haven’t announced anything on that one way or another.  I have the normal concerns that have been out there in every article about Iran, Israel, Hamas, and Hezbollah.  He seems to have backed away from all of those positions and that is something I would like to talk to him about privately, and in the hearing itself.”  The two men are scheduled to meet in the coming days.  Blunt said he has many questions for Hagel.

“The budget, debt-limit agreement I think is one that will at least require the Senate to start doing some of the planning that we need to be doing.  It has been a long time since the Senate passed a budget.  [It has not been done] in the two years I have been here or in the year before that and the history of just ignoring the law here is pretty astounding when you think about it.  It will have been almost four years by the time we get to a budget, assuming we get to one,” Sen. Blunt said. 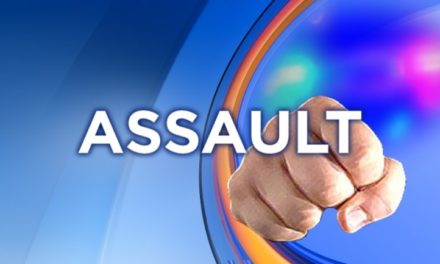