An Administrative Order of Consent is on the agenda for the Odessa Board of Aldermen Monday evening.  The Order was issued by the Department of Natural Resources in regards to the elevated levels of trihalomethanes in the water system.  If the Board agrees to sign the agreement, it will not have a major effect on the city, as they are already in the process of correcting the problem.

The Board is also expected to consider establishing a procedure for complaints related to the Americans With Disabilities Act. This is a federal requirement, and will be necessary for the city to continue to apply for grants.

A resolution with MoDOT will also be considered.  The City has been asked to apply for a cost sharing program, and the Department has asked for a statement of support for the City’s portion of the project.  The funds would be used on 2nd Street.

The Board will also consider a recommendation for the Mayor to increase City Administrator Jon Holmes’ salary.  The recommendation was put forward following an annual review.  Holmes started in September 2011 at a salary of $65,000 per year.  If the recommendation is accepted, his salary will be increased to $75,000.

They meet at 7:00 in the Odessa Community Building. 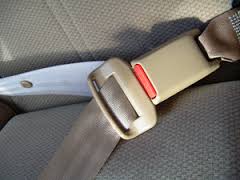