The Platte County Sheriff’s Department has announced the identity of a body that was recovered from the Missouri River near Waldron on Sept. 12.

The remains are those of Christopher M. Rielly, 35, of Leavenworth, Ks.  Reilly was identified by his fingerprints. He also had tattoos of a four-leaf clover and the letters “Ca” on his back.

The cause of death is still under investigation. Reilly was not reported as a missing person.

Positive identification has been made regarding the body found in the Missouri River, near Waldron, Missouri. The body of Christopher M. Rielly, age 35, was recovered from the Missouri River on September 12, 2013.  Records of Mr. Rielly’s fingerprints were used to confirm his identity.  Mr. Rielly was most recently from the Leavenworth, Kansas area.  Mr. Rielly had not been reported missing.  The cause of death is still undetermined at this time.

Fall Enrollment Totals In at MVC 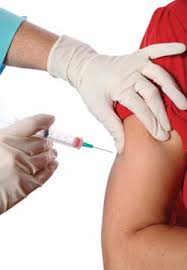