UPDATE:  4:30 p.m. – A woman was taken into custody by Columbia Police after an alert was initiated on the University of Missouri campus. Reports had been received by police of a suicidal person, who was eventually located in the 400 block of Park Avenue. Although the unnamed individual had not been in possession of a firearm at the time of her arrest, police believe she had discarded a weapon located at the 1000 block of University Avenue. Police in a news release say, they believe the woman had no intention of harming anyone else.

UPDATE: 10/18/2017, 1:03 p.m. — Mizzou officials said the emergency situation has now been cleared and campus has returned to normal operations.

Reports say that the woman was found in downtown Columbia and officers have detained her. 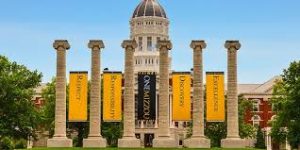 Reports suggest that a possibly suicidal woman may have a gun was last seen walking east on Locust Street from Hitt Street. She was described as an African American female, 5′ 4″ tall, weighing approximately 120 lbs, wearing a Mizzou hoodie, brown pants and flip flops.

The campus is currently locked down. The subject may possibly be in the White Campus area, possibly near Memorial Union.

The situation is still developing. Refresh this page for the latest update.