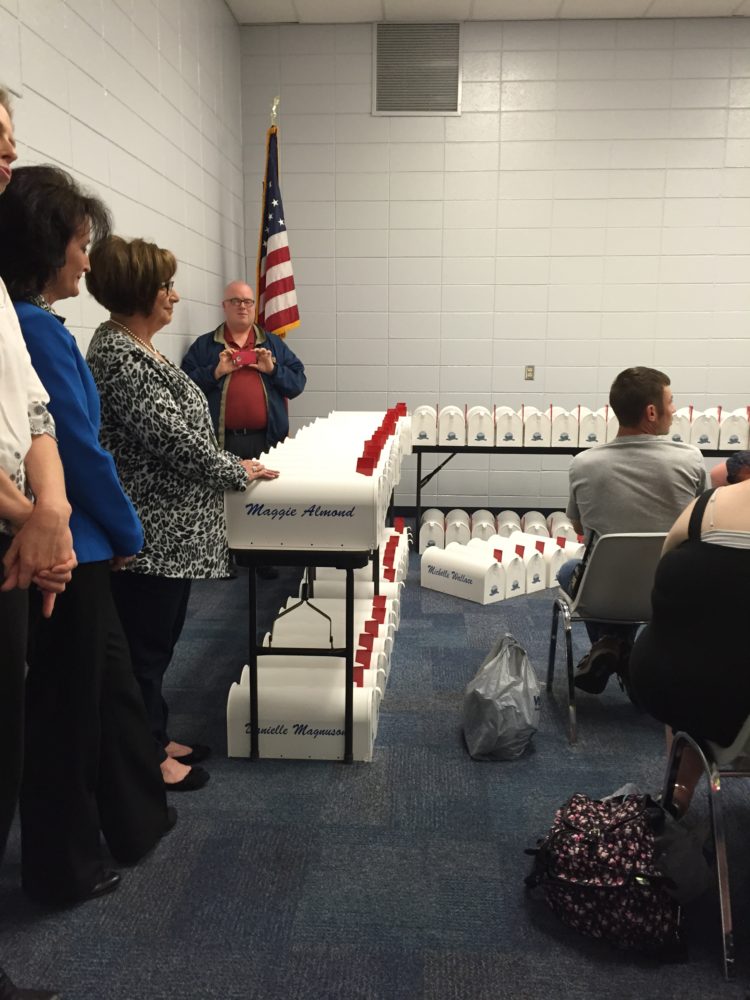 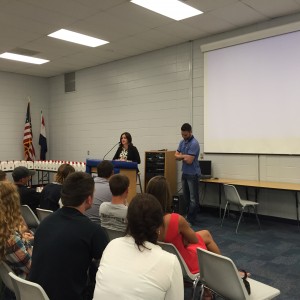 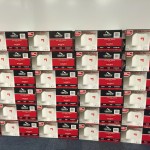 KMZU recently joined Brookfield seniors and staff in the conference room to listen to alumni, speak about their experiences and what drew them home after all they had experienced outside of Brookfield. One past grad, ‘04’ Alumni, Stacey Malloy, said that there is a certain special something about her home town she couldn’t find anywhere else. “Brookfield is all about tradition and its friendly and the sense of community and we are very proud to call it our home,” Stacey explained, “We’d be glad to invite more people to Brookfield.” After living in Columbia for a stint, Stacey also stated that she was happy to be home.

Also there to encourage the seniors to make their way home after completing their college careers was Stacey’s husband and ‘03’ Alumni, Kelly Malloy. Kelly said that while some of the young adults in the 2015 graduating class can’t wait to get out of there and make their way out into the world, he has faith that some of them will come home too. “I think time will tell and I think they’ll realize what they had while 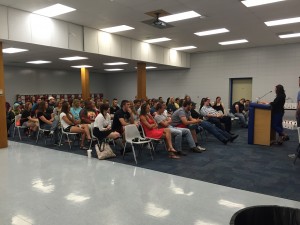 they were in Brookfield and kind of how the community helped shaped them to the people they are,” Kelly expressed, “I think just time and growing up and maturing, I think they’ll appreciate it more and have maybe that draw back to Brookfield.”

While these past students couldn’t help but to come home, what do this year’s grads think of their home town? One senior, Taylor Ewing, said she’s lived in Brookfield her whole life and plans on coming back after completing her studies. Ewing will be attending Maple Woods Community College in Gladstone, MO where she plans on playing softball and majoring in business management with a degree in Marketing and a minor in Agriculture Business. “I love it here,” Ewing concluded as she spoke about her home town and future endeavors.

Another 2015 graduate, Dexter Carmichael, said he’s been in Brookfield most of his life and knows that he can count on his neighbors and community members. “Sometimes the fact that everyone knows everyone gets a little annoying because if you do something wrong everyone’s going to find out about it and it gets you in trouble every once on a while,” Carmichael stated, “Other than that, it’s great because I know if something happens, there is going to be somebody there that’ll help me.” Carmichael plans on attending Central Methodist University in Fayette. He says that while he’s not playing football, he’ll be focused on his major, Education with an emphasis in History. Carmichael said Brookfield may be in his future as well.