JEFFERSON CITY (March 28, 2012) – State Auditor Tom Schweich announced Wednesday that his office has begun an audit of Caldwell County. Pursuant to state law, the State Auditor is responsible for auditing counties that do not elect a county auditor.

Persons who would like to provide information during the audit process in Caldwell County are encouraged to contact the State Auditor’s Office at 800-347-8597 or by email at [email protected].

A Carrollton police officer has found himself on the other side of the law. Robert Bakert, 34, was charged Monday in Saline County with possession of a controlled substance. The probable cause statements allege Bakert was arrested after Marshall police uncovered a synthetic stimulant, a baggie with white residue, and other items in Bakert’s vehicle. Officer said they also found a Highway Patrol evidence bag containing three spoons, which later tested positive for cocaine. Click to hear KMZU’s Chelsea Wade talk with Carrollton Police Chief Donnie King:

Bakert’s prior criminal record includes stealing and receiving stolen property, according to the police report. He is being held on a $7,500 dollar bond. Bakert was wearing his Carrollton police uniform at the time of the incident. He could face additional charges of possession of drug paraphernalia and tampering with evidence. Bakert was hired by the Carrollton Police Department in September 2011. 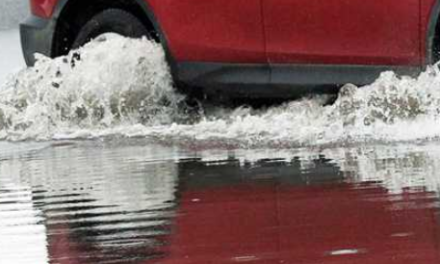