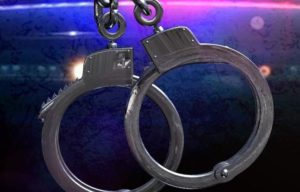 Police reportedly removed over 570 grams of methamphetamine from the streets as the result of the arrest of Stephen Pettlon, who was initially stopped for a speeding violation in Cameron in a vehicle reported stolen. Officers removed over $45,000 worth of meth from the vehicle.

He is charged with several felonies for drug trafficking, motor vehicle tampering, and driving while suspended. Bond is set at $25,000.

Autopsy Results to be Reconsidered