The annual Washington Day Dinner was peppered with candidates vying for seats on everything from the Carroll County Commission to those running for Governor.  Attorney Joe Don McGaugh is seeking a seat in the Missouri House of Representatives.  He said the residents he might represent have provided him with some valuable feedback.  “Here in rural Missouri we have kind of taken a back seat to Kansas City and St. Louis as far as economic stability.  Since the census 10 years ago, we have lost about 1,000 people in Carroll County.  Chariton County has had a similar experience.  We have to create some jobs in the counties and get some stability back in our economy.  People tell me in all three counties that we have got to get a plan to get some stability back in these communities,” McGaugh said.  Click to hear McGaugh:

Senator David Pearce, R-Warrensburg, has been campaigning in the counties that make up the newly-formed 21st Senatorial District (Carroll, Chariton, Johnson, Livingston, Lafayette, Pettis, and Saline counties).  “People have been so welcoming in this part of the state.  It has been frustrating because the senatorial districts have not been totally firmed up yet.  We have a new map as of Thursday and it has to sit out there for 15 days.  We won’t know officially until Mar. 9 what the districts will be.  It has been a fun process.  I love politics, campaigning, and getting to know people; however it would be nice to know exactly what those districts are going to be,” Pearce said.  Click to hear Pearce’s interview:

Livingston County Prosecutor Adam Warren announced last week his bid for Attorney General.  “My number one goal is to fight the federal government on anything they do that is unconstitutional.  Things that put Missourians life, liberty, or property in jeopardy,” Warren said.  Click to hear the interview with Warren:

Secretary of State hopeful Bill Stouffer, R-Napton, was also in attendance.  Stouffer said he’s prepared to tackle the issues.  “I think the Secretary of State ought to call balls and strikes.  I think you need to leave your party hat at the door.  If you are the Chief Election Officer you need to be able to call balls and strikes and be fair.  The office touches everyone’s life, but no one knows anything about it.  I want to change that.”  Click to hear Stouffer’s interview:

Brad Lager, R-Savannah, is running for Lieutenant Governor.  He likens the state’s current climate to the sinking of a well-known ship.  “All of these career politicians are talking about the changes that they are going to make.  What they are really doing is rearranging the chairs on the Titanic.  What I am saying is that you have to turn the Titanic.  We have to challenge the status quo.  The status quo has to go if we are going to change the direction of this state.  It means you have to change the leaders of this state.  I actually think we can do better.”  Click to hear Lager’s interview:

Dave Spence, a wealthy suburban St. Louis businessman, is among the candidates running in the August GOP primary for Missouri Governor.  “We need to lay down the weapons,” Spence said Sunday.  “I decided to run because I didn’t see anybody that was going to be able to challenge Jay Nixon.  I thought we would be stuck with him for another four years.  I thought we would be stuck in neutral at best.  [Nixon] is all politics all the time.  There has been a lot of the blame game and finger-pointing.  I think we need to start doing things for all Missourians.  The best thing we can start doing is communicating and acting like adults.”  Click to hear the interview with Spence: 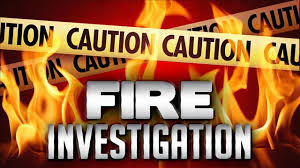 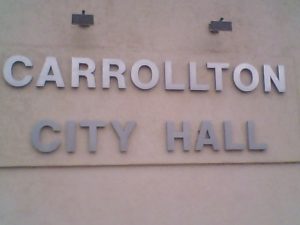