Car Thieves Starting to Use Internet

To my knowledge, no Missouri law enforcement agency has designated an officer as a full-time auto theft investigator. Police agencies have little time and resources to investigate the thefts. Insurance companies pay the victims for their loss and the victim can use that money to purchase a replacement vehicle. Thus, police agencies prepare the theft report, but, oftentimes, officers don’t take additional steps regarding recovery or evidence.
Traditionally, people think of auto theft as a crime of opportunity. However, over the last few years, car thieves have begun using the Internet and complex title washing schemes to facilitate the theft and sale of stolen vehicles. Each state has its own unique titling rules and regulations. After thieves discover the procedure for obtaining the documents they need, they typically use that pathway over and over. Title documents may be downloaded from Internet sites and forged. Craigslist and Ebay Internet auction websites have become the largest suppliers of stolen property, and sales can occur globally, making them difficult, if not impossible to track.
The “Auto Theft In Missouri” chart reveals the number of vehicle thefts has steadily been decreasing for the past five years. However, the number of unrecovered vehicles has remained fairly consistent. The unrecovered vehicles should be the focus of law enforcement investigations. These vehicles have been concealed in some fashion from the very agencies and procedures set in place to find them. Complicated title washing schemes, re-tagging operations, and traditional chop shop operations consume these vehicles and sell them to unsuspecting victims. The monetary loss to the citizens of Missouri is tremendous, as depicted in the “Monetary Loss Due To Auto Theft” chart provided.

Motor vehicle titles represent the basic ownership document for each vehicle sold. The size, format, and appearance are different for each state. The ability to duplicate them through counterfeiting operations is as difficult as counterfeiting currency. It is much easier to forge signatures and create phony transactions.
Typically, a title washing scheme involves the process to remove an undesirable brand from a title. If a stolen vehicle is insured, then the insurance company pays the claim to the victim and applies for a salvage title for the stolen vehicle. Therefore, when law enforcement recovers the vehicle and conducts a computer inquiry on the identification number, it reveals insurance company ownership. For a potential thief, the salvage branding will substantially decrease the resale value of a vehicle. In order for the thieves to make more money and have fewer questions asked by potential buyers, they must “wash” the salvage brand from the title documents. The low-tech way would simply be to scrape the word “salvage” off from the title document itself. Typically, the scheme is much more complex and involves several forgeries.

Vehicles are typically worth more money when separated into component parts. Chop shops involve the theft and stripping of vehicles. Currently, only a few major component parts are required to be inscribed with the vehicle identification number or a derivative of that number. Smaller components, such as the catalytic converter, alternator, light assemblies, seats, and audio equipment bear no such unique numbers. Tracing these parts is nearly impossible. The build sheet for each vehicle does not include these numbers. Motorcycles, passenger cars, and trucks are all subject to these stripping operations. The only thing remaining for law enforcement to recover is the shell of the vehicle. Engines and transmissions are sold to unsuspecting victims or installed into other vehicles and sold. Trained personnel can identify the hidden numbers on these major parts and attribute them to their parent vehicle.
Another type of chop shop mixes parts from salvage vehicles, new vehicles, and sometimes stolen vehicles. The parts are assembled together and the vehicle is re-tagged with an identification number from a vehicle with a “clean” title (i.e. non-salvage, has no encumbrances, and is in the seller’s name), and sold. When the workmanship is good enough, it is very difficult to uncover this kind of operation.

Auto theft continues to have a huge impact on our state. Victims not only lose a vehicle, but are oftentimes affected financially. Even though auto thefts continue to decrease,  law enforcement fails to locate a large number of the vehicles. Organized crime groups are able to conduct complex schemes to conceal the identity of stolen vehicles and sell them to unsuspecting victims. Some of the stolen vehicles are transported or shipped to foreign countries, where their value is much higher. Currently, the Missouri State Highway Patrol does not have a full-time auto theft investigator. The Patrol’s Motor Vehicle Unit, comprised of civilians, checks title documents for fraud. However, when the thieves discover a pipeline with which they can funnel their documents, our personnel are circumvented. We must all work together to identify and prosecute auto thieves. Each of the outlined schemes leaves behind a trail of forged or counterfeit documents. Law enforcement officers need only to identify and follow the trail to identify the criminals. The Internet provides vast sales opportunities for criminals. They can take advantage of time and distance to thwart attempts to discover their actions.

· If the deal seems too good to be true, then it is!
· Purchase a vehicle history report, such as Carfax. The information is invaluable. More often than not, it is also correct.
· Do not leave important documents, credit cards, or identification cards in your vehicle.
· Be suspicious, and ask questions when purchasing a vehicle from an ad on the Internet.
· Examine the vehicle carefully. The vehicle identification number should be clearly visible on the front left portion of the dashboard or “A” pillar (driver’s side where windshield attaches to frame). The federal certification sticker should be affixed to the left front door or “B” pillar, which is near where the door latches. The federal emissions sticker should be present in the engine compartment. The certification sticker has the vehicle identification number on it, and most are tamper resistant. The emission sticker will have the model year on it. All of these numbers should match. There are legitimate situations in which they might not match, but the seller should be able to explain if they don’t.
· Check your vehicle’s identification number using National Insurance Crime Bureau’s free VIN check program via the Internet. Go to: https://www.nicb.org/theft_and_fraud_awareness/vincheck.
· Ask about the vehicle’s crash history (if you followed the above advice, you will already have purchased a vehicle history report, which should indicate the crash history).
· Open the hood and check for signs of unrepaired or poorly repaired damage. You don’t have to be a mechanic to identify poor workmanship. 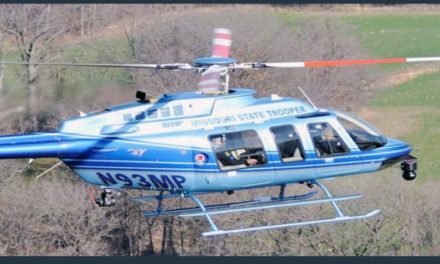