An international producer and marketer of food and agricultural products is expanding its local operations at its plant in Marshall, Govv. Jay Nixon announced today.  Cargill Meat Solutions is in the process of expanding its case-ready meat facility with a new production line of value-added food products, a capital investment of more than $15 million that is expected to create 50 new local jobs over the next year.

The Governor made the announcement after touring Cargill’s facility in Marshall, where he was joined by company and community leaders.

“The Show-Me State’s economy continues to move forward with new jobs, new investments and new opportunities for Missourians,” Gov. Nixon sad.  “Here in Missouri, we’ve kept our commitment to balancing the budget every year, holding the line on taxes and investing in our schools and workforce.  As a result, Missouri remains a top state for companies to start, locate or expand their businesses.”

To assist Cargill Meat Solutions in moving forward with its growth plans, the company could be eligible for a strategic economic incentive package from the state of Missouri if it meets the program’s strict job creation and investment requirements.

“We are thrilled to be expanding our food production capabilities at our case-ready meat processing plant in Marshall,” said Jody Horner, president of Cargill’s North American case-ready meat business in Wichita, Kan.  “This is an excellent example of public-private collaboration that generates the type of investment to expand business, add jobs and grow the state’s economy.  This is a wonderful day for the state of Missouri, the Marshall community and Cargill.”

Cargill International, based in Minnetonka, Minn, is the largest privately-held corporation in the U. S. in terms of revenue.  The multinational producer and marketer of food, agricultural, financial, and industrial products and services has maintained a facility in Marshall since 1995, where it currently employs 450 workers.  Additionally, Cargill operates a turkey processing facility in California, Mo., which employs 500 workers.  Statewide, Cargill employs approximately 1,300 Missourians.

Last September, Cargill Meat Solutions added a new production line at its Marshall facility for value-added products, including ready-to-cook beef, pork, and chicken items to be sold in retail supermarkets and stores across the U.S.  The new production line represents a capital investment of $15.8 million in the facility, an expansion that is expected to result in the creation of 50 new local jobs.

“Our focus on fiscal discipline and economic growth has resulted in more jobs for more Missourians,”Gov. Nixon said.  “We will continue to fight for every job, every day to keep Missouri’s economy heading in the right direction.” 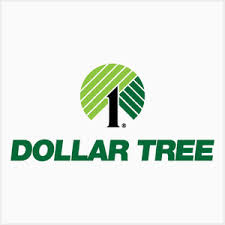