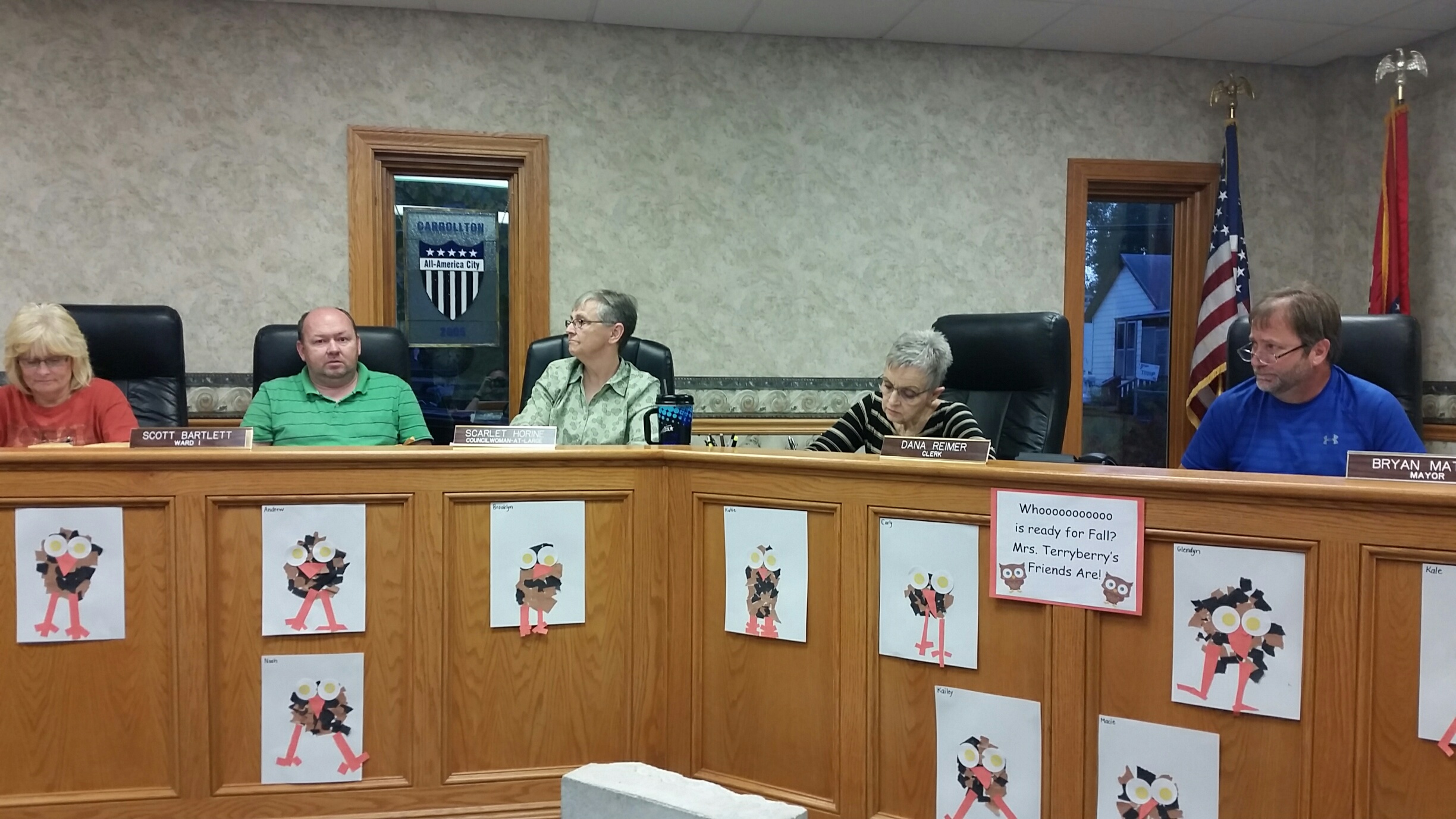 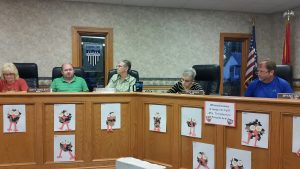 Members of the Carrollton City Council discussed a number of issues Monday, October 17, 2017.

CARROLLTON, Mo. – First up on the Carrollton City Council’s agenda Monday evening, October 17, 2016, was an appearance by Cassandra Brown the City Prosecutor.

Prosecutor Brown requested a raise to her monthly salary. It currently sits at $500 per month, but since 2013, the workload has increased dramatically.

Council agreed to increase her monthly salary to $1000.

Next, Council approved the lowest bid for improvements to the 4-H building. City Clerk Dana Reimer read the ordinance before council approved.

Another item on the agenda was updating the language on two ordinances related to nuisance and abandoned vehicles. City clerk Dana Reimer read the first ordinance.

One question with the new language concerns a gray area involving nuisance vehicles that may be covered with a tarp or some other obstruction. Police Chief Bobby Turner says it will be handled on a case-by-case basis. That ordinance was approved.

The full language of the ordinance is available at City Hall. You can find out more information by logging on to the city’s website.

An unlisted appearance on the agenda was that of Evelyn Robertson with Friends of the Library. Evelyn was on hand to discuss a book house and bench for various locations throughout the town of Carrollton where one could take a book and sorry had to get this posted leave a book.

FOTL helps with small projects at local libraries when state and federal funding is lacking. Including new cabinets for kitchen areas, as well as new signage for additional sections of the library.

Mrs. Robertson said that Friends of the Library would receive assistance from Mr. Rinke at the Career Center. Council gave FOTL approval to move forward with the project.

To hear the complete regular session of the Carrollton City Council. Click here >>