The Solid Waste Agency is a corporation that was created in 1973 to serve the communities of Carroll County by facilitating the removal of household waste.  The trash disposal agreement for the area, which expires at the end of the year, is contracted by the S-W-A.  Carrollton Mayor Kim McCauliffe says they’ve inquired about adding an additional service to the agreement but they came up short.

“We want to have a bid, along with the garbage bid with recycling, but he reports “the little towns said no, it’s going to cost too much.”

County Commissioner Nelson Heil agrees the idea of recycling was mentioned but says group only sought bids for one type of service.

“It was discussed whether we wanted any changes, and the majority of stake holders at that time voted to only include household solid waste removal.”

The S.W.A.’s board consists of 9 members, one from Norborne, Bogard, Bosworth, Tina, Hale, Dewitt and Miami in Saline County. Because of population, Carrollton has two representatives.  According to both Heil and McCauliffe the agreement between the corporation and the member communities is called “perpetual.”

In an effort to gather additional input regarding recycling services from Carrollton residents the city council has placed a short survey in this week’s newspaper asking citizens to send in their opinion about recycling.  After reviewing those thoughts the group will revisit the issue at the meeting on December 3.  Pending the outcome McCauliffe says they could consider leaving the corporation…

To submit a comment online click here.  Comments can also be submitted over the phone by calling 660-542-1414 or mailed to City Hall at 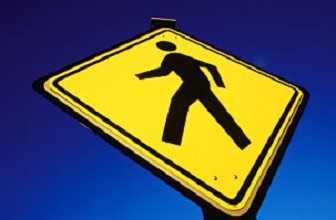