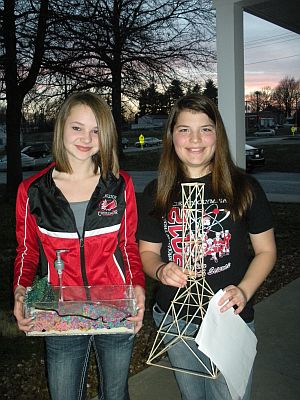 Carrollton is planning to make additional improvements to the school buildings.  During the March meeting board members reviewed six bids that were submitted for the installation of a heat and air system.

That’s Superintendent Judith Delany who says the proposal covers a large portion of the school.

Offers ranged from over 212-thousand to 577-thousand dollars.  Gadsen, which is based in Chillicothe, came in around 345-thousand.  In other business the board also accepted a resignation..

According to Delany the request for proposal to locate a new auditor will begin a short time before the end of the school year.
While several items were checked off the to-do list, the meeting was not all business.  Several members of the student body showed off science projects.  Delany says the Board Commendation offers committee members a chance to see successes in and out of the classroom. 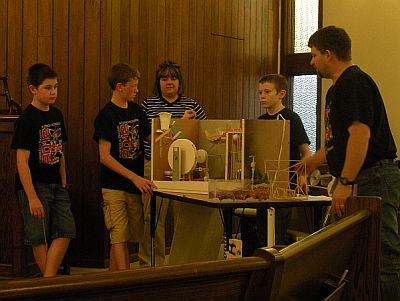 Seventh graders Alicea Canfield and Katie Scott brought a tower that was built for the science program.  Scott says they spent a week constructing the project before it was put to the test..

Although the blue ribbon slipped away, Canfield says it was worth the hours invested…

Both girls said they enjoyed the science experiments and plan to tackle similar educational challenges in the future.