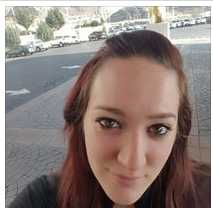 Investigators say, Jessica Nicole Parsons disappeared Sunday afternoon. She reportedly left her residence voluntarily on foot, and was also transported by an Uber driver. Her body was found by a search party on tracks at Smoky Hill Railroad in Belton. An investigation is continuing to determine cause of death.

She reportedly has a birthmark on her right temple and a Native American symbol tattooed on her left shoulder blade.

Jessica was last seen on Sunday when she left her residence on foot and supposedly went for a walk to Memorial Park in Belton.

Anyone with any information about to the Jessica’s location should immediately contact 911.