A recent Freedom of Information Act request revealed that since December 2011 more than 120 complaints have been filed with the Federal Trade Commission regarding the Humane Society of the United States. Now, the nonprofit Center for Consumer Freedom is calling on the Federal Trade Commission to open an investigation into the deceptive fundraising practices of HSUS.
Dozens of the complaints come from Americans who have given money to HSUS. HumaneWatch.org, a project for the Center contends that HSUS’s deceptive advertising helps fool the unsuspecting public. A recent analysis found that more than 85 percent of the animals in HSUS’s TV appeals between January 2009 and September 2011 were cats and dogs. According to HSUS tax returns, just 1 percent of the money donated to HSUS is sent to hands-on pet shelters.
A recent public poll determined that 71 percent of Americans believe that HSUS is a pet shelter umbrella group, and 68 percent think HSUS spends most of its money on pet shelters.
NAFB News Service 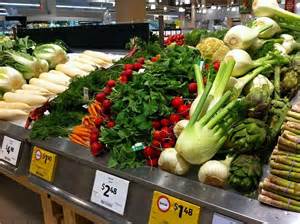 Dairy and Bacon Prices Down, Apples Too