Terry was later selected as a paratrooper and sent to Ft. Benning, GA.  He would eventually arrive in England where he continued training until June 6, 1944.

“They’d load us on a plane and say ‘Be prepared to go.’  The first time they put us on a plane we sat there for five hours.  In a C-47 and there’s no room.  Then they pulled us off because the weather got bad.  They did that about three or four times.  Then finally they put us on the plane and gave each one of us a fifth of whiskey.  We didn’t know where we were going, but they said, ‘This is D-Day.  We’re going into Normandy.’  Our pilot overshot about eight or nine miles.  But we got the green light and we jumped,” Terry recalled.

After suffering severe frostbite in the Battle of the Bulge, Terry was sent home in November of 1945.   He retired from the Reserves in 1958. 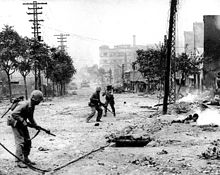