The Boone County Sheriff’s Office announced Monday afternoon the arrest of a Moberly man on alleged child pornography charges. The investigation began in mid-April when members with the Boone County Sheriff’s Cyber Crimes Task Force downloaded child pornography through a file sharing program from a computer believed to be in the Moberly area. Further investigation led authorities to James D. Bugg, 54, who was arrested Monday at the Moberly Police Department for suspicion of child pornography. Bugg remains incarcerated in lieu of bond. 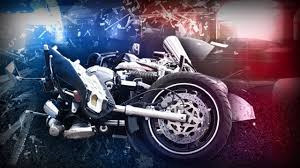