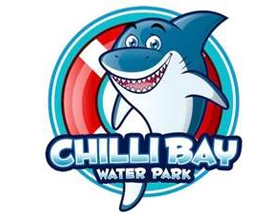 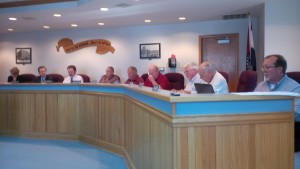 The full council was in attendance for the evening session.

Leaders voted to include a use tax on the November, 3, 2015, ballot that would require individuals or non-exempt businesses to pay a use tax at the local sales tax rate, on out-of-state purchases of $2,000 or more in a single year.

Finance Chairman and Councilman-at-Large David Moore, says it amounts to lost money for the city and should be approved this fall.

The second ordinance is to allow voters to decide whether or not to keep the local titling tax. If that revenue is lost, city leaders say, it would mean a major reduction in revenue, resulting in across the board cuts on city services. That measure will also be on the November Ballot.

Council also made a resolution supporting the City of Marceline’s initiative to transform St. Francis Hospital into a much needed veteran’s home, via a letter writing campaign. Studies show there are tens of thousands of underserved veteran’s in North Central and North Missouri. Council agreed this initiative would be a great addition to the regions service members and they fully support the campaign.

All-in-all the meeting went smoothly, until the final agenda item. Money in a trust fund for Chilli Bay Waterpark is available to allow the installment of a final water slide. This would make the waterpark officially complete.

An argument arose when a council member wanted to re-appropriate the $99,000 to other Simpson Park needs. Finance Chairman and Councilman at Large, David Moore, explained adamantly the slide was part of the initial project.

Councilman Moore pointed to the fact that Chilli Bay has brought in a large amount of business and revenue to the community and every effort should be made to keep it a first rate facility in the region.

Earlier, council re-appointed Jody Case to the Planning and Zoning Board to insure continuity during a near future transition following the resignations of two current members.

You can learn more about the Chillicothe community by logging onto the city’s website.

UCM Hosts Get The Red Out September 1st