Council received three bids, and accepted the lowest, worth about $160,000. The road will be widened and new drainage will be installed from the intersection at 65 and 190, east to the axis road to the new hospital. Work is expected to take about 60 days. It will be used primarily for staff and deliveries.

A bid for two new police cars was accepted. They cost about $43,000, including the trade-in. The cars come from a dealer in Jefferson City.

“Our vehicles are pretty old, and they have a lot of miles on it. And these newer vehicles are a lot safer, and a better fuel economy, and the utility use of them is a lot better. Plus, they’re 4 by 4s, so when we have big winter storms like we’ve had here in the last five years, they’ll really help us out.”

The City Auditor presented the results of the 2012/2013 audit, and everything looks good. The value of the City has increase, due in part to the new hospital and the improvements at Chilli Bay.

Before the regular meeting, Council took a tour of the new hospital. Construction is still on track to open the facility in February. 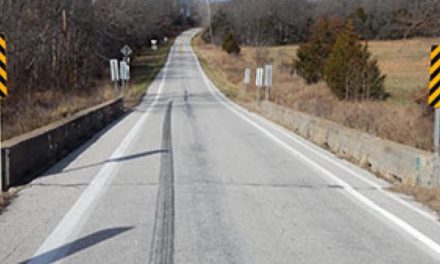