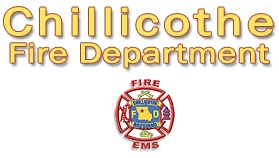 The Chillicothe Fire Department responded to a smoke alarm at the Post Office just after 1:00 Thursday afternoon. According to the fire report, one engine and the tower unit responded and found smoke coming from a disconnect in the electrical panel. They shut off power and opened the door. There were flames coming from plastic burning on the disconnect. It was put out with a dry chemical extinguisher. The area was checked with a thermal imager and as it cooled the Fire Department cleared the scene.