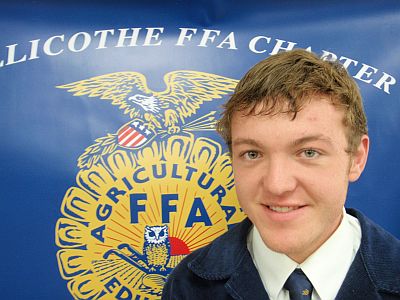 On April 14, 2011, Tanner Jones a member of the Chillicothe FFA Chapter was named State Fruit Production Proficiency Winner at the 83rd Missouri FFA Convention in Columbia, MO. Tanner, a junior, is the son of Todd and Chrissy Jones. He has been an active member of the Chillicothe FFA Chapter for two years. Fruit Production Proficiency Award is designed to recognize individuals to efficiently produce and market crops for fruit such as stone fruits, pome fruits, citrus fruits, pineapples, coconuts, berries, watermelon, grapes, nuts and all common fruits.  Tanner has worked very hard at his Supervised Agriculture Experience (SAE) program that he started as a freshman raising cherry, apple and pear trees as well as rhubarb and strawberries. He continues to produce his fruit and market it at the local Farmers Market. Winning the state competition his application was moved on to the national level of competition.  During the competition at the 84th National FFA Convention which was October 19-22, 2011 he received a silver rating.  Congratulations to Tanner on a job well done. 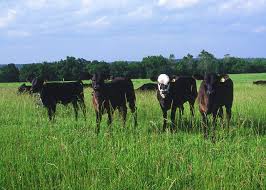 Northeast Missouri Livestock Person of the Year applications due soon