Sewer realigning and the eventual build of a new sewer treatment plant were the main topics of discussion at the Odessa Board of Alderman meeting Monday night.  Click to hear KMZUs John Chojnicki talk with City Administrator Jon Holmes:

A $25 million bond issue approved by Odessa voters in April was accepted by the Board of Alderman Monday night.  “We moved up pretty high on the states priority list because we have been approved by the citizens of Odessa to issue bonds,” Holmes said.  “This allows us to borrow  money from the state on loans at a very cheap rate on some of our big projects.”

The city hopes to start on the sewer realignment within the next few months.  About $8 million will go toward the future build of North-East Wastewater Treatment Plant.  Homes addressed the Board at last nights meeting asking the city to create a Project Manager in the very near future.  “We have some large projects scheduled over the next couple years,” explained Holmes.  “I’m concerned with having one person trying to handle water, wastewater, electric, and streets and multi-million dollar projects.  I think it is a little too much.”

Naming a Project Manager was questioned by Ward III Alderman David Sparks and Ward II Alderman Steve Wright was in opposition to the idea.  The board decided to table the issue until they have a more definite timetable for the projects. 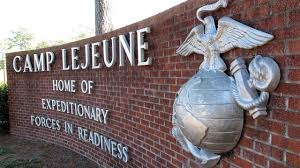