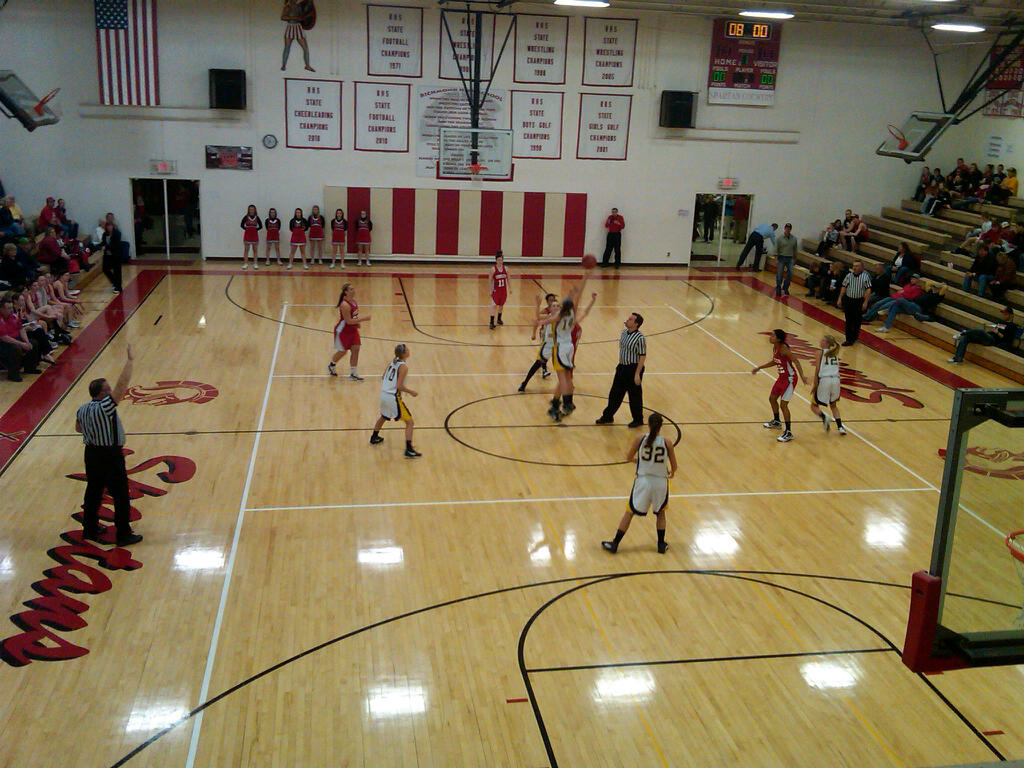 Carrollton and Penney High School at the Tip-Off

First the Lady Cardinals of Lawson faced off against the Minutewomen of Lexington.

Lawson started to pull away late in the first half, going on to a 63-34 win.

Richmond played close until the early second quarter when the Saints put pressure on Richmond going up 22-12 at the end of two.

The Lady Saints continued to press the full court in the second half scoring 21 for a 43-32 victory.

Richmond was led in scoring by Haley Padget with 8.

For St. Paul Lutheran Marissa Brackman was a presence on both sides of the court, forcing turnovers and led scoring with 23. Devon Heins scored 8 with 6 from Suzanne Allen.

In the third match-up it was Carrollton against Penney Hamilton. The Lady Trojans struggled throughout the game turning the ball over with il timed mistakes which Lady Hornets took full advantage of and stood apart 35-8 going into the locker room.

The second half was no different with Carrollton falling to The Saints 67-19.

Carrollton was led by Tierra Winn with 6 with contributions from Torri Lock, Felicia White and Kassi Hoffstetter.

Penney High’s Elsie Greenwood led with 20 points, 18 were the work of Paige Kline and Katrina Grossman. 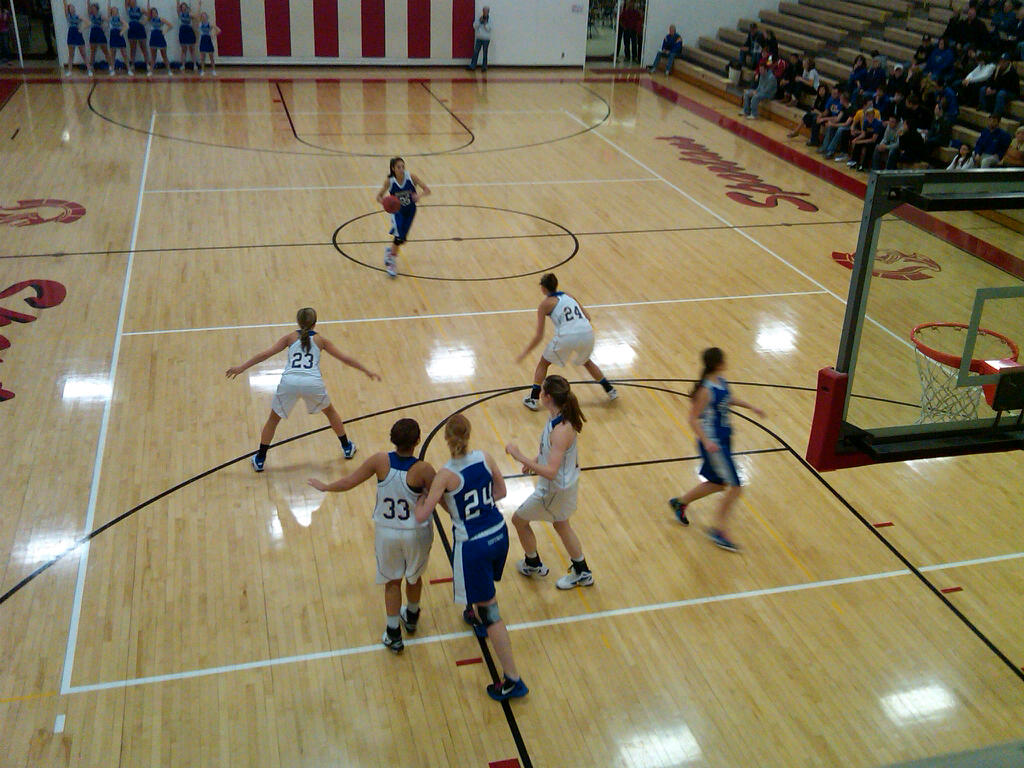 In the final match-up the Brookfield Lady Bulldogs came in as the obvious underdog at 9-16 in the regular season. Lafayette County C-1 came into the contest with a 23-4 record; however, Brookfield jumped out to a 10 point lead in the first which dwindled to 29-28 at the half.

Brookfield was not phased and battled back and forth with a volley of points by both teams leading to a 59-57 lead in favor of the Huskers.

Costly fouls by Lafayette County put Amanda Slater and Alesa Frey at the foul line in the last minute. Slater made hers to tie. After a missed opportunity by Lafayette, Frey, with 2 seconds left was nails and put the Bulldogs up 61-59

Lafayette County made a valiant effort in the last two seconds; but the shot went wide and Brookfield gets the big upset.

The Lady Huskers were led by Emma Dyer with 18; 16 of which came in the second half. Abbie Mahnken contributed 14 and 13 points came from Sam Davis.

Brookfield was led in points by Amanda Slater with 17 and 15 by Bailey Parks.

The ladies get a day off and the semi- final match ups will be Penny and Brookfield in the first contest at 5:30 Wednesday evening followed by Lawson and St. Paul Lutheran.

The boys four game bracket kicks off Tuesday night with Lafayette taking on Lexington, followed by Carrollton against St. Paul Lutheran, Lawson vs. Brookfield and Richmond will take on Penney Hamilton.