CASS COUNTY, Mo. — A Cleveland driver was sent to an area hospital following an early morning crash on Tuesday.

A crash report from the Missouri State Highway Patrol indicates that the accident happened on Highway Y at East 239th Street in Cass County as a southbound vehicle operated by Daniel A. Bottlemiller, 27, failed to negotiate a curve in the roadway.

Bottlemiller then traveled off the left side of the roadway. He then struck a stop sign, continued across East 239th Street, and went airborne.

The vehicle struck several trees, rotated in the air and came to rest on its top.

Bottlemiller was seriously injured and was taken to Belton Regional Hosptial to receive treatment. 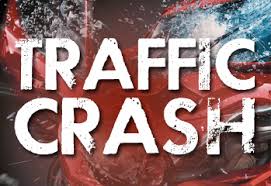 Four vehicles wrecked during I-70 pileup