JEFFERSON CITY, Mo. — A Columbia, Missouri, man pleaded guilty in federal court today to his role in a conspiracy to distribute marijuana. 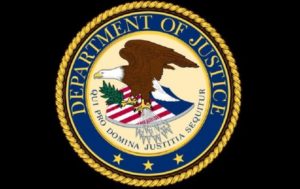 Johnson received high-grade marijuana from Augustus Roberts and received thousands of dollars per month from Roberts to distribute marijuana to co-conspirators.

Roberts was murdered at his residence on Dec. 10, 2017. At the time of Roberts’ murder, a U-Haul truck rented by Johnson had been parked in the driveway of Roberts’ residence, but was stolen during the home invasion. The U-Haul truck contained approximately 800 pounds of marijuana belonging to Roberts and his drug enterprise prior to the theft.

Roberts also distributed thousands of pounds of marijuana to other co-conspirators for between $800 and $2,500 per pound.

Johnson is the fifth defendant to plead guilty in this case.