The United States Attorneys Office for the Eastern District of Missouri has indicted two Columbia men.  Reports indicate Daniel Rudroff, 24, and Clarence Williams, 25, have each been charged with one count of felony possession of a firearm in furtherance of a crime of violence as well as one count of felony bank robbery.

The case was investigated by the Kirksville Office of the Federal Bureau of Investigation, Kirksville Police Department, Missouri State Highway Patrol, Randolph County Sheriff’s Office, and the Pazewell County, Illinois Sheriff’s Office, with additional assistance from other law enforcement agencies. 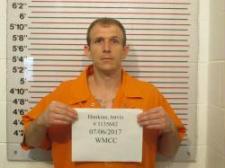 Concordia Board of Aldermen to Meet